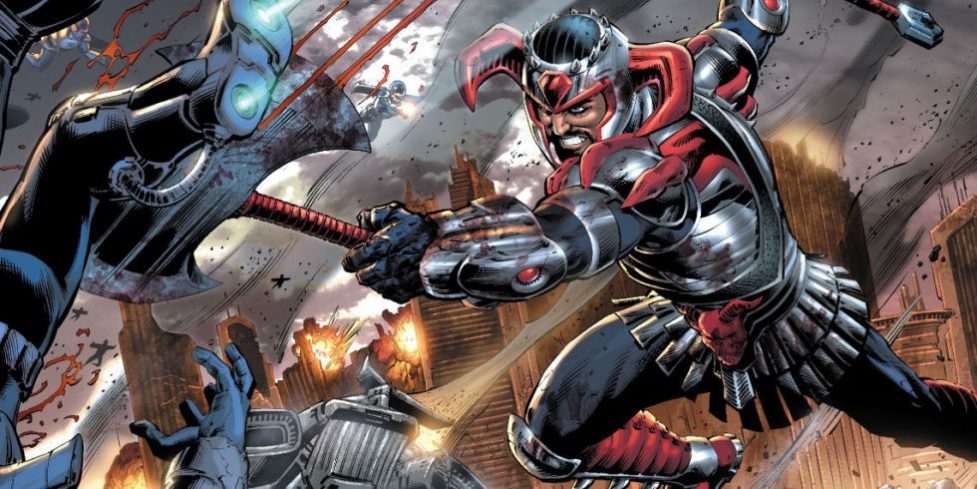 The actor behind Justice League’s main big bad was announced with minimal fanfare. At the time, few details were known and the actor hadn’t spoken out about the role. That’s all changing now, as Game of Thrones‘ Ciaran Hinds’ has confirmed the casting and is talking about what fans should expect from him come November.

In a recent interview with The Independent, the actor corroborated that Steppenwolf will be almost entirely CGI. “Basically they’re going to construct something, digitally, and then they will use my eyes and mouth,” Hinds revealed.

Because he finished shooting a few months back, Hinds can offer a bit of insight on the film. Interestingly, he chose to talk the villain’s current state in the larger DCEU narrative. We already know Steppenwolf’s on Earth looking for the three Mother Boxes. His search will take him to Themyscira, Atlantis, and another undisclosed place on Earth. However, it’s thought that because Cyborg’s tech comes from a Mother Box, he may play a larger part in the story. Whether or not Steppenwolf is aware is unclear. But what will be clear, based on another of Ciaran Hinds’ statements is the complexity of Steppenwolf’s character. “He’s old, tired, still trying to get out of his own enslavement to Darkseid, [but] he has to keep on this line to try and take over worlds.”

As a General in Darkseid’s army on Apokolips, the New God has quite a bit of pull. According to Hinds, though, it seems the power he has isn’t enough. Either that, or something else is going on behind the scenes. Might his trying to get out from under Darkseid’s thumb result in a power-struggle? If so, should we expect to see such a conflict placed front and center on the big screen?

We’ll get to see how Steppenwolf’s character development and more plays out when Justice League opens on November 17.