Super Bowl LI won’t be offering us a new look at Wonder Woman or Justice League, but at least there’s a new image to build excitement. The photo features combat ready Wonder Woman alongside other League members, Aquaman and Cyborg. Batman and The Flash are noticeably absent (as is Superman, though we haven’t seen much of him), but Cyborg’s putting his namesake to use and it looks awesome. This new shot comes courtesy of GamesRadar’s “The 24 Best Upcoming Movies of 2017” list (via Batman-News). Check it out below. 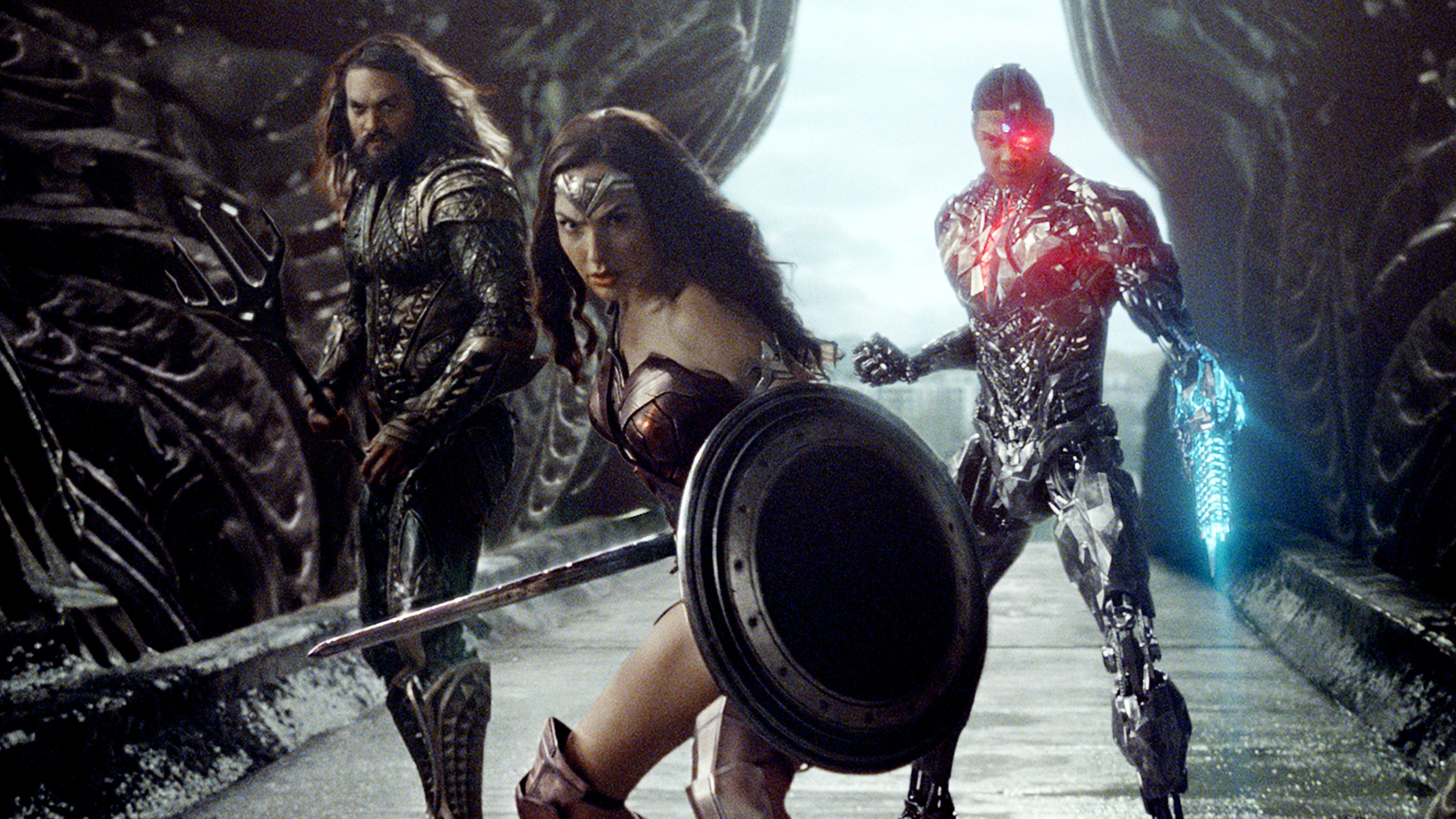 Every now and then, fans have been treated to small details and teaser images from Justice League. However, substantial footage from the imminent team-up hasn’t been shown since SDCC last summer. As such, all that’s been shown in video form is from the production’s early days of shooting. Late last year, it was thought that a new trailer would screen with Rogue One — no such luck. The running theory was then that Warner Bros. would purchase a Super Bowl slot. Nope. So when should we expect to see more? It’s honestly anyone’s guess, at this point.

The wait is also on for another sneak peek at Wonder Woman, but her film’s so close to release there’s really not a rush. It opens on June 2 and will be followed by Justice League’s release on November 17.

Fueled by his restored faith in humanity and inspired by Superman’s selfless act, Bruce Wayne enlists the help of his newfound ally, Diana Prince, to face an even greater enemy.  Together, Batman and Wonder Woman work quickly to find and recruit a team of metahumans to stand against this newly awakened threat.  But despite the formation of this unprecedented league of heroes—Batman, Wonder Woman, Aquaman, Cyborg and The Flash—it may already be too late to save the planet from an assault of catastrophic proportions.