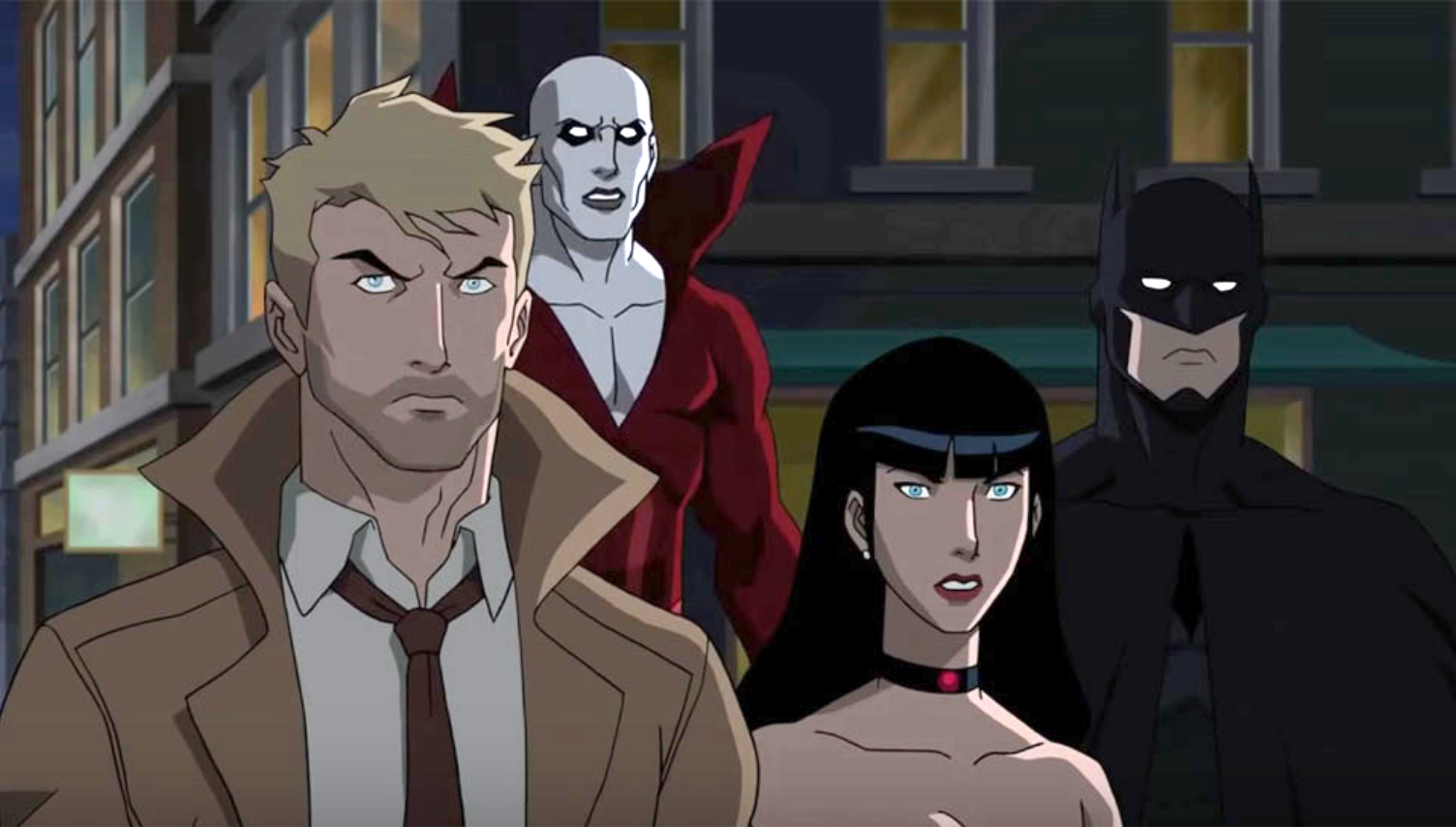 WB Animation is back at it again. This time, though, the newest animated adventure will be taking a walk on the dark side. IGN exclusively debuted the trailer and in it is plenty to smile about. Check out the official first trailer for Justice League Dark below:

The trailer opens with an unidentified dark force taking control of a man in his kitchen. What follows in an unearthly demon invasion that even puts the Justice League on their toes. However, Batman, as always, has a plan — call in John Constantine. Despite the character garnering much fame over the last several years, this will be Constantine’s first foray in the DC Animated Universe.  With that in mind, it’s only fitting that Matt Ryan’s voice would be the one to mark his debut. As expected, he sounds great; as does Zatanna, Swamp Thing, and Deadman.

IGN also reports that this new animated venture, like The Killing Joke feature before it, will be Rated-R. Apparently, the rating is courtesy of “some disturbing violence.” More disturbing than the Flashpoint animated movie? We’ll have to wait and see. Also of note is the announcement of the film’s additional voice cast, which is as follows: Jeremy Davies of Justified plays Ritchie; Enrico Colantoni of Veronica Mars fame plays Felix Faust; Spider-Man 2’s Alfred Molina is Destiny; and Continuum and Arrow star Roger R. Cross plays both Swamp Thing and John Stewart.

Other than some of the dialogue in the trailer, not much is known about Justice League Dark’s plot. An official release date has also yet to be unveiled; however, it is expected to hit home video this year.