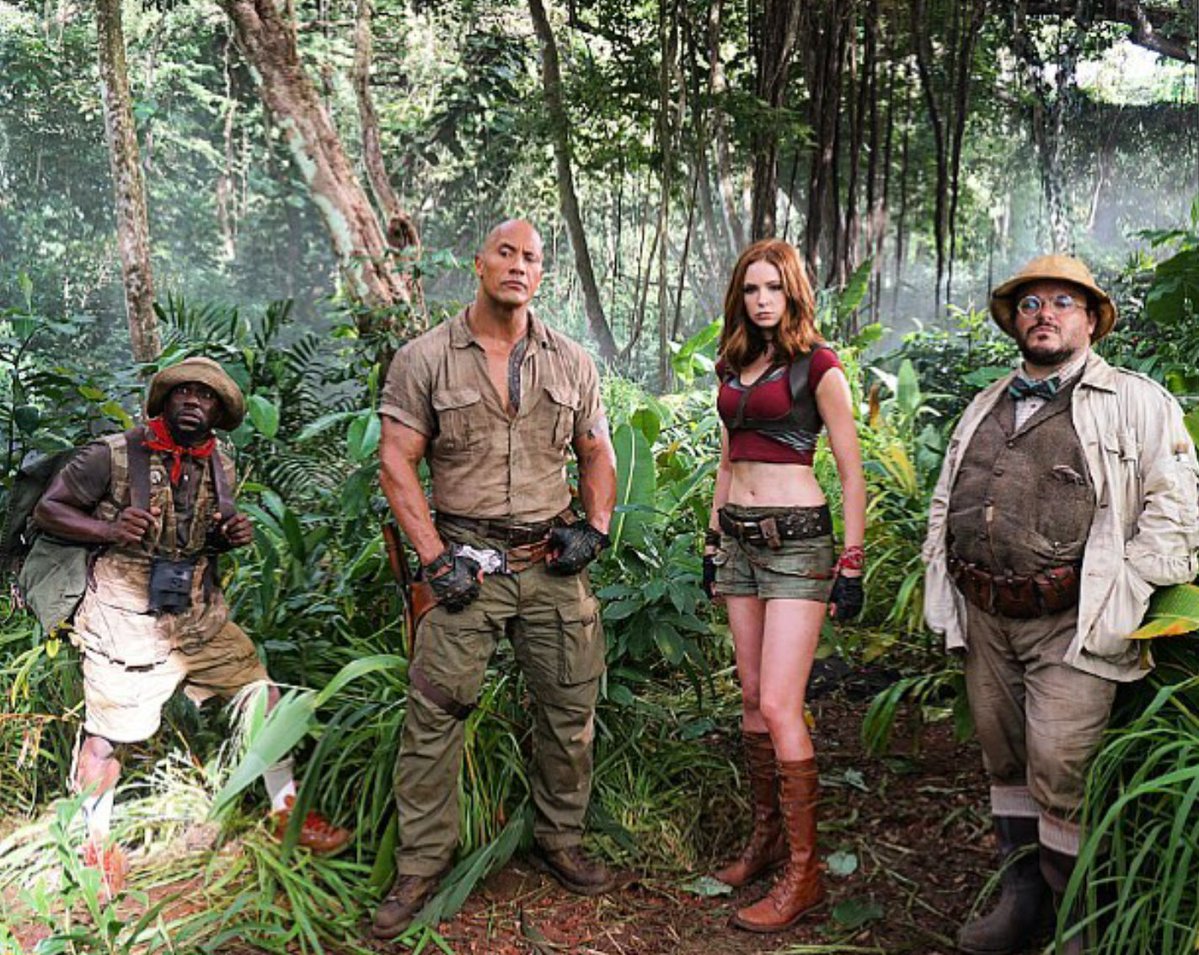 When a remake of 1990s family movie Jumanji was announced shortly after the tragic death of star Robin Williams, it was not met with a lot of positive response. Despite the fact that it starred everyone’s favourite wrestler-turned-actor Dwayne Johnson. Now, the first image of the film has been released and, guess what, it’s also been faced with controversy.

The image was posted after the first day’s filming on the movie by Kevin Hart on his Instagram account. The photo features he and his three co-stars Johnson, Karen Gillan and Jack Black. See if you can guess which one caused lots of anger online.

Day 1 of shooting “Jumanji” is officially in the can. We had a amazing first day. The chemistry & energy of our cast & crew was beyond amazing!!!! This movie is going to be dope as hell….Can’t wait to get back to work tomorrow @therock @karengillanofficial & jack black!!! #Jumanji

Yes, it is the scantily-clothed Gillan (of Doctor Who and Guardians of the Galaxy fame). Many have called her outfit out as both inappropriate for a movie that will presumably be predominantly aimed at children, as well as just impractical to wear in the jungle. This recalls similar criticism of the costume worn by Margot Robbie as Harley Quinn in the recent Suicide Squad. Once that movie came out, however, Robbie’s performance seemed to assuage many people. Perhaps if Gillan can similarly impress when Jumanji arrives, things will be forgiven.

Jumanji stars Johnson as adventurer Dr Bravestone with Gillan as Martha. If you haven’t seen the original, it’s about a fantastical but deadly board game that unleashes a jungle when played. It is directed by Jake Kasdan and is written by Scott Rosenberg.