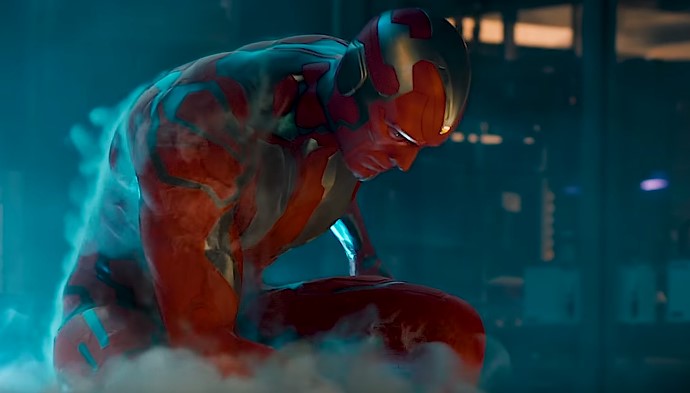 While Avengers: Age of Ultron is a movie that a lot of fans like to sweep under the rug, WandaVision has brought some new attention to the film. What’s interesting is, Vision actor Paul Bettany has an interesting anecdote about Vision’s original design.

As it turns out, when Marvel was conceptualizing what Vision would look like in the film, director Joss Whedon was adamant to have Vision have a visual penis. Watch Bettany recall the story during an interview with Lights, Camera, Pod:

We talked to Paul Bettany about #WandaVision and ended up with a story about how Joss Whedon wanted Vision to look when he first appeared in ‘Avengers: Age of Ultron’.

To listen to the whole interview with Bettany, you can click here.

While it did sounds ridiculous at the time, it would have made some sense to even just imply that Vision had a penis, seeing that he actually conceives a child with Wanda in WandaVision. Then again, since this is a Disney film, there’s probably no room for something like that onscreen. I do think though that Whedon was trying to evoke some kind of Dr. Manhattan imagery from Watchmen with his being adamant that Vision should have genitals.

For now, WandaVision is prompting a revisit to Age of Ultron, what with Wanda acknowledging that she had a twin as well as name drops of Strucker and Ultron himself. Though Age of Ultron is considered a ‘weak’ film, maybe this Disney series could try and bring the movie to a whole new light.

Catch Bettany as Vision in WandaVision with new episodes coming out Fridays on Disney+.