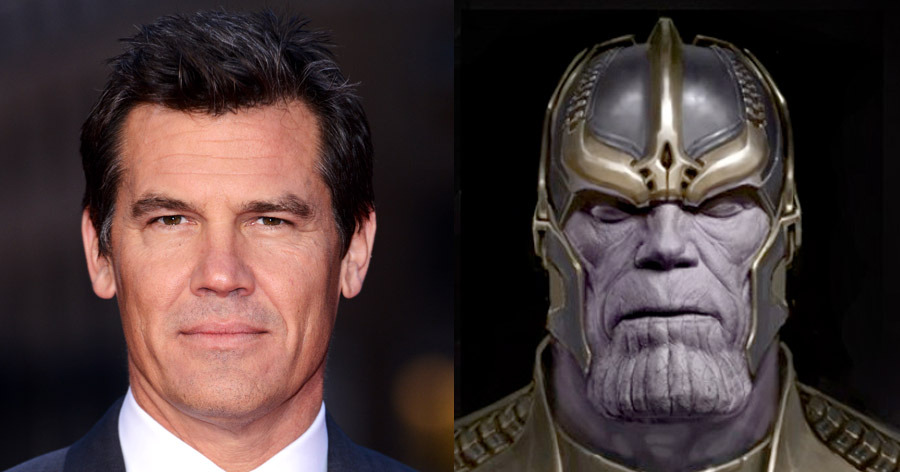 President Donald Trump’s administration has been under fire since they took office in January last year. People have been very polarized and just as vocal about how they feel about the current president and his staff. The president has been very controversial. It shouldn’t be surprising that media has used him as fodder for their jokes.

Recently, seasoned actor Josh Brolin chimed in on the fun. During a recent appearance on The Late Show with Stephen Colbert to promote his new movie Sicario: Day of the Soldado, Colbert asked Brolin to read a couple of the president’s tweets in Thanos’ voice. The actor recently starred in the blockbuster hit Avengers: Infinity Wars as Thanos. He obliged and there is no doubt that Brolin is spot on. Trump’s tweets perfectly echoed Thanos’ temperament in the movie.

This is not the first time an actor read Trump’s tweet using a character’s voice. Mark Hamill started a trend. The Star Wars star and reputable voice actor, read the president’s tweets in the voice of Joker from Batman: The Animated series. Andy Serkis followed suit and read Trump’s tweets in the voice Lord of the Rings character Smeagol or Gollum during his appearance on The Late Show with Stephen Colbert.

“I knew [Donald Trump] a little bit… I used to take pride in it, but now not so much…” lamented the seasoned actor during the interview as reported by MovieWeb.

According to the actor, he isn’t surprised that people see a lot of Thanos in Trump. In fact, having known the president personally, he does recognize the similarities:

“[Donald Trump] is strong willed, but if you look at it, [with] Thanos, that was kind of what was fun about the movie. People saw the movie and they felt sympathetic toward him, or not even sympathetic, but they had a multitude of reactions to him, and it wasn’t just ‘he’s the worst guy in the universe’ kind of thing. But his intention, if you think about it, was, there’s an overabundance of population, there’s too much, and there’s limited resources, so what he’s doing is actually right. He could [double the world’s resources], but he didn’t think about that at that moment, because he’s too callous. The manifestation is callous, and if you look at Trump, I think that, yes, there are border problems, and every border has problems with people coming over, overpopulation and limited resources and all that. But how it’s manifested, especially when you bring children into it, is extremely callous.” explained the actor.

The crime thriller, Sicario: Day of the Soldado, is scheduled to hit the big screen across the country on June 29, 2018. Aside from Josh Brolin, the movie also stars Benicio del Toro, Isabela Moner, Catherine Keener, and Jeffrey Donovan. It is the second movie in the Sicario film franchise.