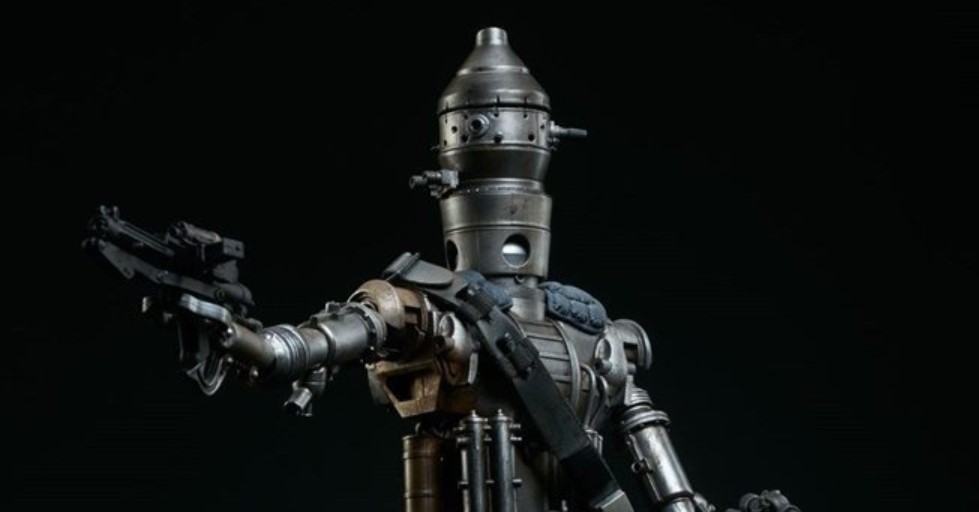 With D23 taking place in August, Star Wars fans are eager for their first look at Jon Favreau’s The Mandalorian. We don’t have any official trailers yet, but Favreau teases the scoring for the series with this sketch of assassin droid IG-88.

This comes from Star Wars: The Clone Wars showrunner Dave Filoni who was also attached as director for the pilot. The Mandalorian will actually be his first foray into live-action, which is interesting counting his years of experience when it comes to animated Star Wars shows.

Going back to IG-88 though, some footage that was showcased in Star Wars Celebration actually had the droid in action. Though the droid has a very colorful story in the expanded universe, we have never actually seen him in action when it comes to live-action Star Wars. At best, he just stands still in the roster of bounty hunters in Empire Strikes Back.

Will we get a trailer at D23? Everyone certainly hopes so. For a show coming out in November, it’s odd that Lucasfilm hasn’t dropped anything official yet online. If Solo: A Star Wars Story has taught us anything, marketing is half the battle.

After the stories of Jango and Boba Fett, another warrior emerges in the Star Wars universe. The Mandalorian is set after the fall of the Empire and before the emergence of the First Order. We follow the travails of a lone gunfighter in the outer reaches of the galaxy far from the authority of the New Republic.

Jon Favreau’s The Mandalorian is set to debut on Disney+ when it launches on Nov. 12.