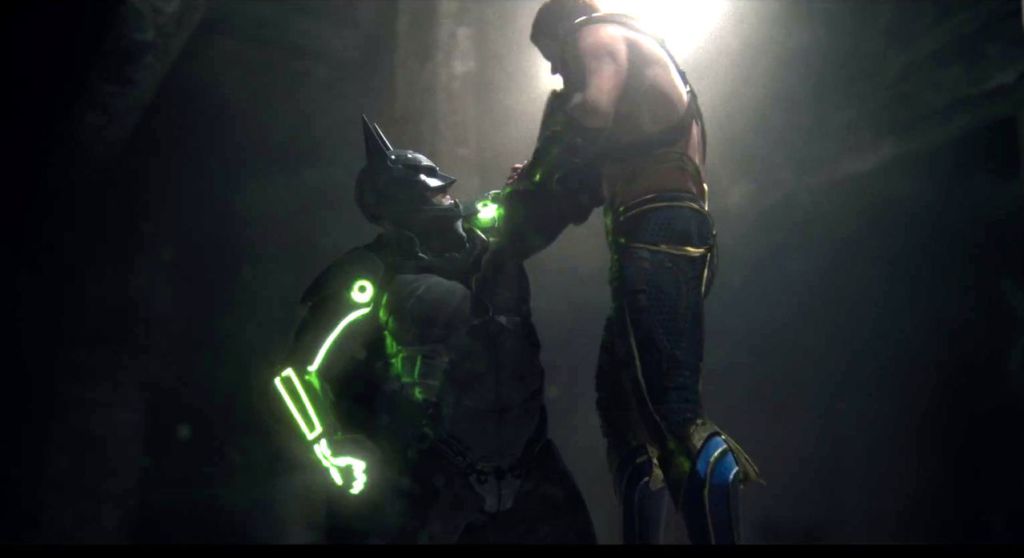 DC always has a massive project in the cards, the publisher never fails to disappoint on any front, as far as providing content is concerned. DC TV continues to grow, the DCEU is struggling in some respects but moving forward, Rebirth just launched to extraordinary praise, and Injustice 2 was just announced. They’re doing more than fine. A bulk of this success goes to one man ensuring everything is in working order, he oversees all of these projects and whenever something is on the horizon, he’s right there shepherding it on — Thank you, Geoff Johns.

But he wasn’t alone in this, obviously. Outside of DC, others have worked hard to give the company unparalleled multi-media success. Rocksteady gave audiences the game-changing Batman Arkham series; however, DC and Warner Bros. didn’t stop there. Yes, back when Ed Boon and Co. were still churning out Mortal Kombats for Midway, Mortal Kombat vs. DC Universe was released, but to lukewarm reception. Fans and critics knew it could be better. After the founding of NetherRealm and the release of MK9, Injustice was unleashed. A DC fighting game, that was actually good and told a groundbreaking narrative. Who would’ve thought it could work? Geoff Johns.

“When I was a kid, my dream would have been for them to do a DC fighting game,” he told Rolling Stone. He also spoke on how the games have influences other mediums: “To me, it’s a giant creative cycle. You have comics that influence the games, and then Arkham influences the look of a show like Gotham. It just goes round and round and round.”

It’s obvious the combat in the Arkham series had a huge influence on the choreography of Batman’s fighting sequences in Batman v Superman. But something else that appears obvious are the story beats from the film that seemed to have been heavily inspired by Injustice: Gods Among Us. Johns touched on this, as well. “Some of it’s true, and some of it might be coincidence,” he said. “But yeah, absolutely.” He also added that fans shouldn’t go looking for hints in Injustice 2 that point to the direction of the DCEU. “They’re separate completely,” he explained.

Now the speculation can come to a halt. “Some of it’s true,” is good enough for us. Thankfully the multiverse allows for this kind of variety, as Ed Boon noted in the same interview: “DC has this great infinite multiverse concept. That allows us to do really creative stuff, and it doesn’t break the DC lore,” he said.

Let us know your thoughts and theories on all things DC in the comments below. Injustice 2 is expected to hit PS4 and Xbox One in spring of 2017.