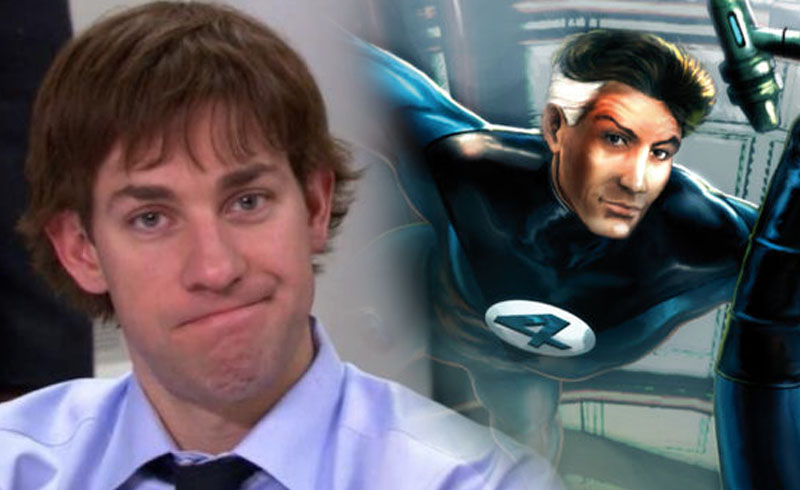 John Krasinski has come a long way from playing Jim in The Office. Krasinski has moved from the image of all-around nice guy to leading action man over the years, and he says that he would be happy to take another stab at the MCU as Reed Richards a.k.a. Mr. Fantastic.

When asked about ScreenRant if he would be open to coming to the MCU with his wife Emily Blunt, Krasinski said:

“Oh yeah, the Fantastic Four. I would love that! I mean listen, I’m still getting into the whole superhero thing. I didn’t read comics as a kid, not as many, I read some but not as much, but I’m a huge superhero fan so yeah, I’d love to do something like that. If there are any left, a lot of these have been taken but the ones that are left, yeah, I would love to do something like that. And listen, I’d love to work with her again so any chance I got would be great.”

It’s worth noting that before Chris Evans was cast, Krasinski was pretty much up for the role of Captain America for the MCU. That obviously didn’t push through, but with the Disney/Fox acquisition taking place, the role of Reed Richards will definitely be up for grabs.

Just recently Krasinski has made his directorial debut with A Quiet Place, and it’s being warmly received by critics. Hopefully, Krasinski will have the time to do some acting work unlike Jordan Peele, who, after the success of Get Out, has decided that he wants to stop acting and keep directing films from now on.

Catch Krasinski in A Quiet Place which comes out April 11.