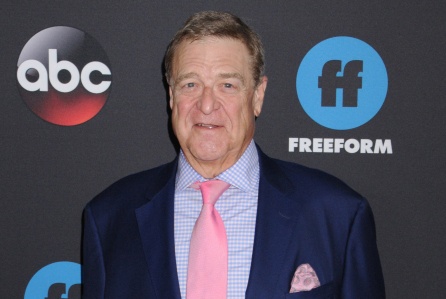 In the last few years, revivals of well-loved franchises, both in television and film, have been all the rage. From science fiction blockbusters like Star Wars to network sitcoms like Will & Grace, it seems like audiences are enjoying the resurgence of their favorite movies and shows.

It isn’t surprising that ABC decided to reboot Roseanne. Unfortunately, not everyone in the show has kept up with the times. The reboot was cancelled after nine episodes following racist statements from the actress that plays the titular character – Roseanne Barr.

In the wake of the cancellation, the network has decided to continue the series without Barr. Following the announcement, the cast has revealed details as to what fans should expect from the spin-off – The Connors.

In an interview with The Times as reported by Entertainment Weekly, John Goodman, the actor who plays Roseanne’s better half Dan Connor, revealed that the spin-off would jump off from Roseanne’s death. He explains that The Connors would see a very sad Dan:

“I guess he’ll [Dan Conner] be mopey and sad because his wife’s dead,” explained Goodman.

In the same sit-down, he spoke about the backlash following Barr’s racist statements. Goodman said that because he knew Barr wasn’t a racist, he was very shocked with what she tweet and the reaction to what she said:

He told The Tiimes that he tried to reach out to Barr following the incident. He sent her an email thanking her for relinquishing all of her hold over the series. Her signing the document meant everybody else in the cast and crew would get to keep their jobs. Unfortunately, amidst the issue, Barr failed to respond to Goodman:

“[Roseanne] had to sign a paper saying that she relinquished all her rights to the show so that we could go on. I sent her an email and thanked her for that. I did not hear anything back, but she was going through hell at the time. And she’s still going through hell.”

In May of this year, Roseanne Barr sent out a tweet blasting Valerie Jarrett, Barack Obama’s former senior advisor. Barr’s tweet compared her to an ape. She has since issued an official statement on her Youtube channel explaining the reason why she sent out the racist tweet.

In the video, Barr spoke about how she was a victim of biased media. The tweet was taken out of context primarily because she thought Jarrett was white:

“Hi, this is Roseanne Barr and I’d like to welcome you to my own studio where I’m able to speak for myself to my fellow and sister Americans without the filter of the biased media. This was my statement from the very beginning and it will continue to be forever because it is the truth. When ABC called and asked me to explain my ‘egregious and unforgivable’ tweet, I told them: ‘I thought Valerie Jarrett was white.’ And I also said, ‘I’m willing to go on The View, Jimmy Kimmel or whatever other show you want me to go on and explain that to my audience,’

ABC has yet to comment on Goodman’s statement regarding the direction of The Connors.