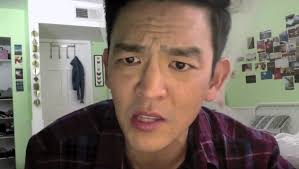 Newcomer Aneesh Chaganty’s Searching debuted in this year’s Sundance Film Festival and instantly became the film fest’s most talked about movie. Considering how unique the movie’s format is, the fanfare surrounding the feature doesn’t come as a surprise. Nevertheless, the most exciting part of the movie is Star Trek actor John Cho, the first Asian American Actor to play the lead in a thriller movie.

Searching will be getting nationwide release by the end of the month. The anticipation surrounding the film is palpable. Thankfully, Cho himself has since spoken about the movie and what it has in store for its eager audience.

John Cho, famous for his role on the cult fave Harold and Kumar Go to White Castle, recently sat down with Screen Rant in order to discuss Searching. During the interview, Cho revealed that it wasn’t very hard for him to relate to the main character, David Ki. As a dad himself, he knows that worrying about your kid is a perpetual issue that parents would never be able to shake off:

“The character was someone I could really, really easily relate to. Soon as your wife gets pregnant, you start worrying. That worrying muscle is born and before your kids born. And it never really lets up. So, I get that.”

Aside from relating heavily to his character, Cho reveals that he had a lot of fun dabbling in the thriller genre. It wasn’t something that he has done before. The format of the movie also made his experience very interesting. As an actor, Cho explains, it was very hard not to give into the instincts he has developed in his years in the industry. Having to look directly at a camera was simply something he never thought he would do in a movie.

“It was just weird. I mean, it was unsettling because I’m just doing everything the opposite of what I typically do. So, I just didn’t get a real rhythm going and I think maybe some of the discomfort was probably useful. I just didn’t have any handles to hold onto while making this movie. Yeah, it was unusual.”

Ultimately, Cho’s main take away from being in and seeing the movie is the fact that social media and technology has thoroughly encroached on his life. While it has some advantages, it is still very much a double edged sword.

“I don’t know if I’m trying to put anything out there, but for me I came to the realization that I’m online a lot more than I was willing to admit. We’re just… I just thought it wasn’t online that much, but if you add up those minutes, it’s just, it’s a lot very quickly.”

This is not the first time Cho spoke about Searching. In an interview with Variety as reported by Next Shark, he gushes about having the opportunity to represent Asian Americans in media. He hopes that an Asian-American family on television or movies would soon be normal:

“It’s very rare in movies. The image of that is much more startling than it should be. It was surprising to me how powerful it was. I want the future to be where it’s completely normal to see an Asian-American family on-screen.”