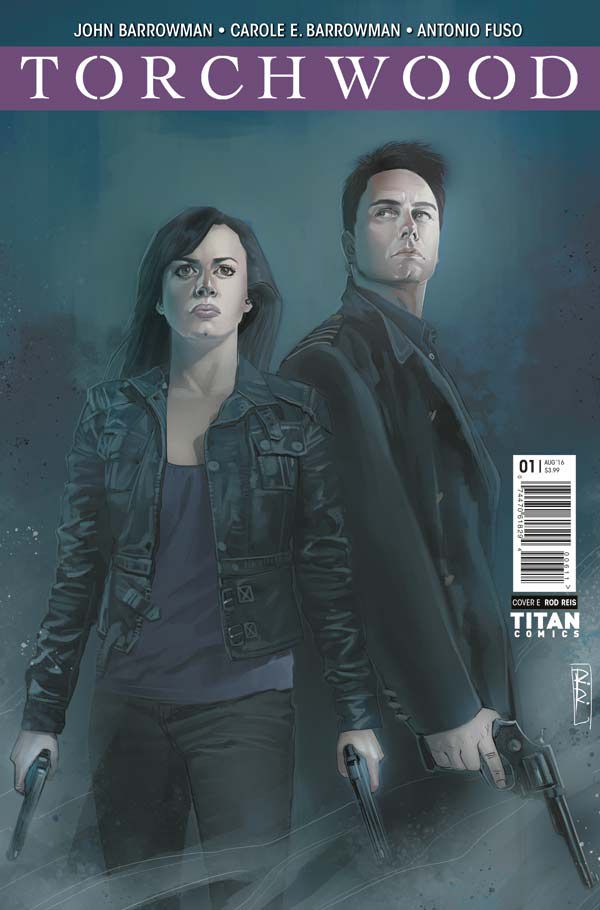 Fans of the show have been devastated by the lack of new Torchwood on our TV screens over the last few years. Despite the rabid fanbase the show enjoyed, it disappeared from the airwaves after its (generally seen to be misguided) fourth series finished back in 2011. Since then, the adventures of the team have continued on in different mediums, including audio dramas which have managed to bring back the original cast.  Now Titan Comics have joined in, with the announcement that they will be producing a new comic book series. What’s more, the book will be written by Captain Jack himself – John Barrowman.

According to Io9, Barrowman will pen the series along with his frequent collaborator – and sister – Carole E Barrowman. Antonia Fusio and Pasquale Qualano, meanwhile, are on artwork duties.

Torchwood #1 will see the immortal Captain return to Cardiff, where he reunites with his old team member Gwen Cooper and her husband Rhys to help him on the hunt for a piece of insidious technology that is being sought after by a shadowy organisation. So, basically, a normal day for the Torchwood team.

Variant covers for the first issue can be viewed below:

This isn’t the first time the Barrowmans have written for Torchwood. The pair previously wrote a one-off comic strip together for the now defunct Torchwood Magazine, before penning the novel Torchwood: Exodus Code. Away from Torchwood, they have written a popular Young Adult book series, Hollow Earth.  Clearly, then, the pair are safe hands to entrust the future of Torchwood to. Even without the geeky thrill of having Captain Jack writing new adventures for Captain Jack.

Torchwood #1 will be released in both the UK and the US on July 6th.