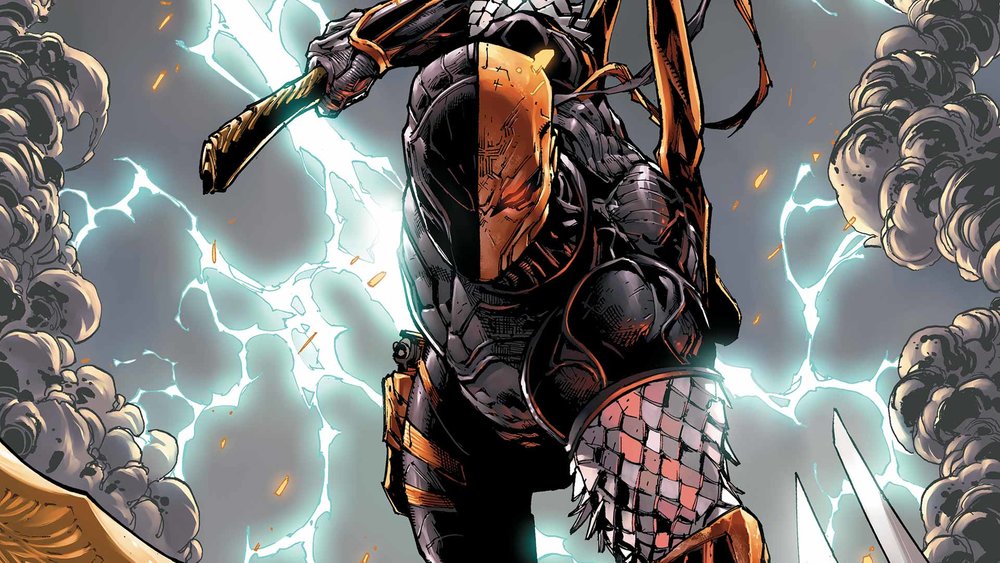 Many fans are still recovering from the excitement of Ben Affleck’s Deathstroke tease and Joe Manganiello’s casting. The character will be the Batman film’s antagonist, but hype abounds for his potential Justice League appearance. To further escalate anticipation, Manganiello took to Twitter teasing his research for Deathstroke’s villainous role. You can check out the two images below.

The photos were captioned with “#research” and “#research2,” respectively. As you can see, the actor has a wide array of materials he’s going over. It’s a nice selection of Deathstroke comics, Batman stories, and Teen Titan arcs featuring The Terminator. However, this well put together care-package also includes a few figures and an awesome mask.

Despite his being the film’s main villain, nothing is known about Deathstroke’s role in the Batman solo. Will he be big bad through and through? Or will he and the Bat start off on solid ground, with a disagreement later culminating in beautifully choreographed blows?

Deathstroke’s introduction to the DCEU also begs the question of if and when Nightwing will pop up? Since two characters, Cyborg and Slade Wilson, typically associated with the former Boy Wonder are getting spotlight, fans are patiently awaiting Dick Grayson’s second chance.

We were recently given a tease of when to expect the Batman film to release. According to Time Warner CEO, Jeff Bewkes, it is only about a year and a half away. This seems to indicate the movie could hit theaters as early as the first half of 2018. It also seems to mean some DCEU films may get moved around. As of now, The Flash is still set to open that year, with Aquaman releasing July. Three in one year seems like a tall order, but it isn’t unfathomable.

One thing is for sure, though — Deathstroke and Batman will be fun to watch. Let us know your thoughts and theories in the comments below.