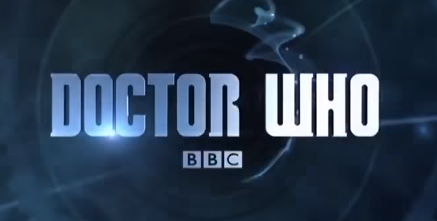 The upcoming season of BBC’ Doctor Who is less than two weeks away. Without a doubt, fans of this cult crossover could barely contain their excitement for the widely anticipated premiere.

Season 11 would see the introduction of Jodie Whittaker – the very first female lead in the series in its five decade history. Needless to say, the fanfare over the impending debut is unsurprising.

So who is Jodie Whittaker? What should fans expect from her take on the classic character?

Whittaker is Both an Extrovert and a Bookworm

Doctor Who fans are well aware that with each regeneration comes a brand new personality for the Doctor. There isn’t much known about the unique characteristics Whittaker’s Doctor would have. Nevertheless, fans can take cue from what Whittaker is like off-camera.

In an interview with the Daily Mail, Whittaker explained that she is very much an extrovert. She lively and confident. The only times she quiets down is when her nose is buried under a book:

“I was the attention-seeking child in class who needed everyone to look at meee. Luckily that got channelled into acting, because I would have been terrible at anything else. I would have been a nightmare in any kind of office, because I wouldn’t have had any friends in any environment other than performing. I’m quite loud and quite overconfident – I’m a vain 27-year-old actress”.

Sorry Guys! She is Married

Whittaker has been married to her husband, actor Christian Contreras, since 2008. While the actress maintains a very private personal life, she has never denied that she is married:

“I’m married to Christian – have been for two years – a fact that is probably on Wikipedia anyway,” she told The Independent in 2011. “And I’m not going to deny I’m married, I wear a bloody wedding ring after all. We had a big wedding in Arizona – very attention-seeking, big dress, big guest-list kind of wedding. It was obviously in my top five days…”

Whittaker is Not New to the Doctor Who Universe

Whittaker is no stranger to people who have worked on the expansive Doctor Who universe. She has met and worked with the Ninth Doctor, David Tennant, and former Doctor Who Companion, Arthur Darvill. She also played a role on Broadchurch – Chris Chibnall’s crime series. For those who are unaware, Chris Chibnall is Doctor Who’s new executive producer.

Morever, she has gotten the blessing of legendary Colin Baker aka the sixth Doctor:

“I have repeatedly stated publicly that I personally would not just welcome but expect a female doctor. I have never been able to think of any logical reason why an alien being capable of regenerating in extremis would necessarily retain all or indeed any of the characteristics of his (or her) pre-renewal self.”

Getting the Role Wasn’t a Piece of Cake for Whittaker

Playing the Doctor is a dream for Whittaker. According to the actress, she had to fight very hard in order to earn the role:

“It certainly was NOT handed to me on a plate. There was a long process, as there should be.”