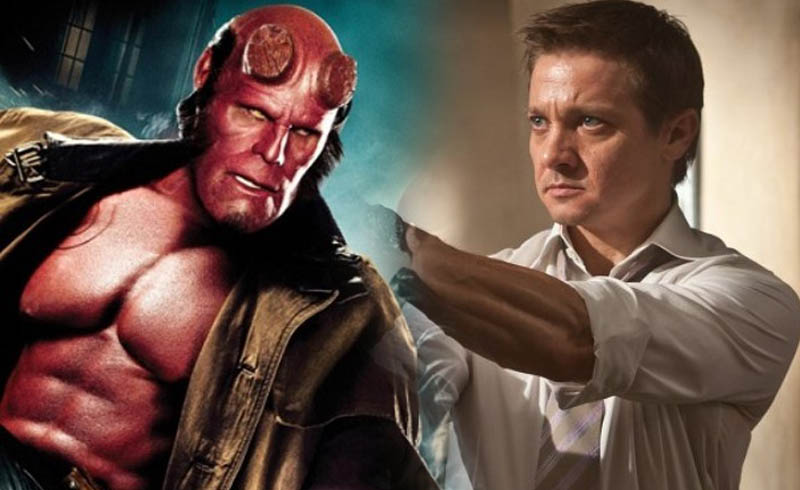 Everyone thought that Ron Perlman was perfectly cast as Hellboy, and a lot of the hate that went toward the reboot was because they didn’t ask Perlman to come back. What’s interesting though is that the role almost belonged to someone completely different – Jeremy Renner.

Talking to Justin Long in his Life is Short podcast, Avengers: Endgame star Jeremy Renner revealed that he was actually in line to play Hellboy for Guillermo del Toro, but he refused because he couldn’t identify with the character.

Renner had actually been in a lot of roles already prior to Hellboy, but starring would have definitely boosted his celebrity status. Then again, I imagine it would be hard if you got typecast as someone like the Right Hand of Doom who is known for looking a bit scary.

If anything, Renner is fine that he didn’t accept the role, as he probably wouldn’t have landed Hawkeye if he did. He says, “There’s zero regrets, zero. Most of the time it’s like, ‘Oh, I’m glad I didn’t do it,’ and it made sense to me. Not just Hellboy or whatever it was, and I’m not saying that it’s a good or bad movie, it’s not about that… I just wouldn’t have fit there.”

After the reception of the last film, it looks like the franchise is going to be taking a hiatus. While I did think David Harbour did an amazing job, I think a lot of people are still hung up on Del Toro’s version and want to see a proper end to it. If they can un-reboot Ghostbusters, I think they could do the same for Hellboy.

For now, you can catch Renner in Avengers: Endgame which is still in theaters.