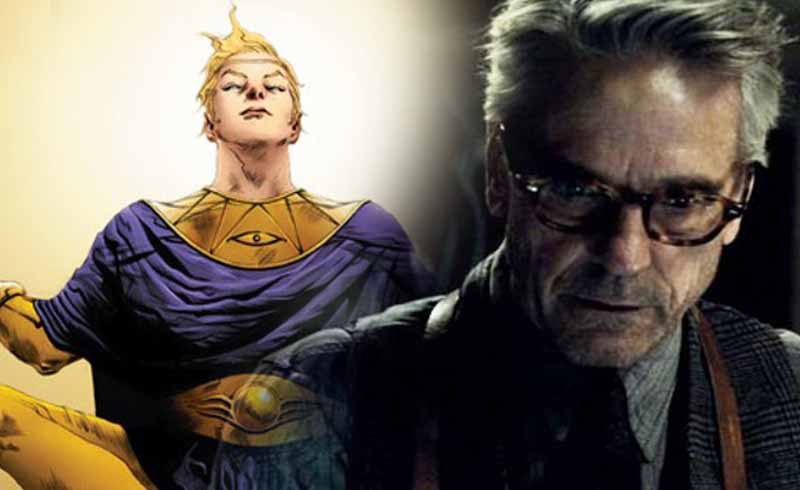 Based on all the leaked set photos, HBO’s Watchmen series looks to be a continuation of the comic story rather than an adaptation. With that in mind, new information about Jeremy Irons’ character have led others to believe that he’s playing an older Ozymandias/Adrian Veidt.

As per That Hashtag Show, Irons will be playing someone called The Blonde Man, and is described as an old lord who runs a British manor. Of course that doesn’t sound like Veidt, but it could very well be him in disguise after the incident. This is the rest of the description of The Blonde Man:

“Highly intelligent and won’t let you forget it. Think William Hurt with slight Asperger’s. He’s used to being obeyed and always correct. Arrogant, erudite and patrician. Physically fit, he’s never missed a workout in his life.”

If you look at the comics, Ozymandias basically trained himself into the peak physical condition of  a human being, also boasting to be the most intelligent man in the world. Since Veidt is also a rich guy, he could have easily bought a mansion and pretended to be someone else after the incident in the first Watchmen.

Of course, it’s possible that he could be someone else entirely, but I’ll be damned if they don’t find a way to bring in any of the original characters—even if it’s just for small roles.

I’m actually starting to warm up to the idea of this Watchmen series. With Snyder’s version already attempting to be as faithful to the comic as it could be, I thought an adaptation of the series would end up redundant. Now a continuation of the story, that’s something I can get behind.

No release date has been set for HBO’s Watchmen.