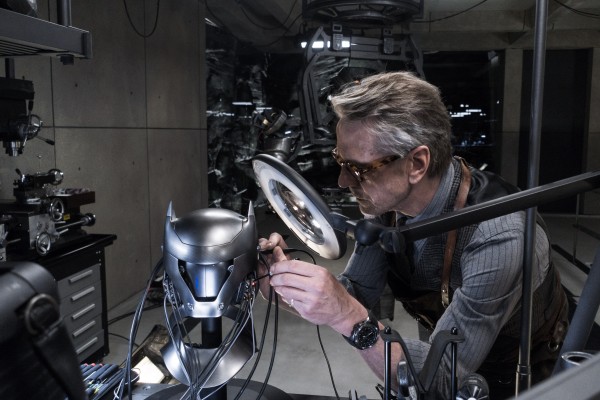 The reception to Batman v Superman has been decidedly divisive for audiences and critics. Overall the film has received poor reviews, with critiques targeting the script, pacing, characters, and it having too much going on. In typical Hollywood fashion, those involved have remained silent on the negativity, in terms of the studio, the cast, or the director voicing their own personal critiques on the film’s weak points. It’s been reported that Ben Affleck felt humiliated by the reception, and the alleged behind the scenes shuffling of roles at Warner Bros. has also indicated their displeasure. Yet, no one has officially addressed it. That is until Jeremy Irons pulled a true Alfred move and spoke his mind, consequences be damned, if there are any.

During an interview with Daily Mail (via Collider) the veteran actor aired his thoughts on the bad reviews, pulling no punches as he stated the film deserved the poor reception.

“Deservedly so. I mean it took £800 million, so the kicking didn’t matter but it was sort of overstuffed… It was very muddled. I think the next one will be simpler. The script is certainly a lot smaller, it’s more linear.”

Justice League: Part One began shooting several weeks ago, with Jeremy Irons set to reprise his role as Alfred Pennyworth. It’s good to know the script is, according to him, “more linear.” If there was anything BvS needed more of, it was focus. Because he’ll surely be in the Batman standalone and future Justice Leagues, having an actor tied to the franchise for the foreseeable future willing to blatantly open up about the project’s faults is comforting, if not admirable. It shows that not only are the problems known to those involved, they are also promptly being addressed before the next venture gets too far ahead. It shows hope in a cinematic universe whose second outing left much of it to be desired.