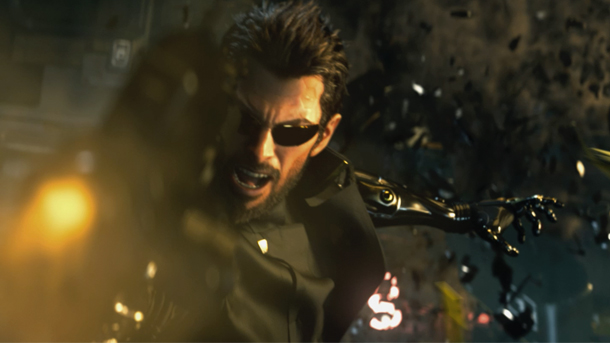 Deus Ex: Mankind Divided is only days away! Square Enix has released the sequel’s launch trailer, reminding us you “Can’t Kill Progress.” The trailer also teases Adam Jensen’s hard work in helping restore order to the world, following the events of Human Revolution’s Aug Incident. And it doesn’t hurt that the video leading up to launch is action-packed and full of glorious elbow-nanoblade kills.

This sequel has been a long time coming. Human Revolution was a surprise hit when it launched in August 2011, especially after many were concerned it wouldn’t live up to the original’s acclaim. Since then, Adam Jensen has been cemented as a pop culture staple, thanks the the wonderfully gruff and raspy voice of Elias Toufexis.

Mankind Divided will pick up approximately two years after Hugh Darrow’s maddening, yet successful, attempt to show man’s true colors. Jensen has left behind the corporate world of Sarif Industries and is now working as a Task Force 29 agent. However, the mission ahead will require our hero to be a bit more covert, as he’s also acting as a double agent for the Juggernaut Collective.

According to the team at Eidos-Montréal, the gameplay has been greatly improved. Yes, your trial and error stealth strategies will still pay off. However, those who choose to run and gun won’t be penalized nearly as much as they were in Deus Ex: Human Revolution. You can check out a bit of stealth-action gameplay here in a 13 minute walkthrough.

“We were all created equal… But in 2029, after the Aug incident which caused the death of millions, mankind stands divided. The oppression of the mechanically augmented has created a climate of fear and resentment, resulting in an escalation of crime and acts of terror. Amid all the chaos, Adam Jensen goes after are the Illuminati, the men and women responsible for tearing the world apart. Armed with a new arsenal of state-of-the-art weapons and augmentations, he must choose the right approach, along with who to trust, in order to unravel a vast worldwide conspiracy.”