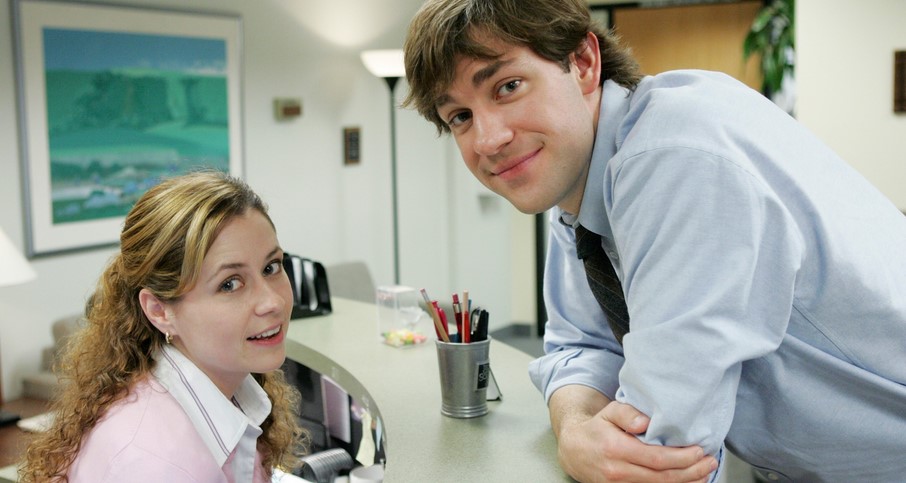 With the rise of revivals for shows like The X-Files and Arrested Development, it would only make sense that NBC would like to bring back one of their biggest hits, The Office. News of a revival have come out late last year, and everyone is curious about who the show wants to bring back. As it turns out, Jenna Fischer, who plays Pam on the show, hasn’t been asked to return; but she is open to coming back if she was tapped.

“I think that’s for networks to figure out if I were to be asked. I haven’t been approached about it and don’t know anything about it. … But I love Pam!”

As for the people she wants to come back for the show, Fischer also has an idea which actors and writers should be involved:

“I would be honored to come back in any way that I am able to. I loved playing that character and as long as Greg Daniels is the person in charge and the visionary behind it, then I would absolutely be up for it. We just have to get Mindy [Kaling], B.J. Novak, Gene Stupnitsky and Lee Eisenberg, Mike Schur to write some episodes. That show was so great because of the talent involved behind the scenes, not just on the screen.”

For now, we still have no idea on what they plan to do with the revival, but if Pam were to return, it would only make sense to have Jim (John Krasinski) back as well. Though Michael and Dwight were good for a laugh, Jim and Pam’s love story is one of the main hooks that got people to watch The Office.

If the show were to focus on all-new characters, I think it would be fine to see cameos of characters from the original series. Maybe we could catch up on Oscar and his political career or hang out with Kevin in his bar.

The Office revival is said to be aiming for a late 2018 release.