Skip to content
Home » Jeff Goldblum on Playing the Grandmaster in ‘Thor: Ragnarok’ 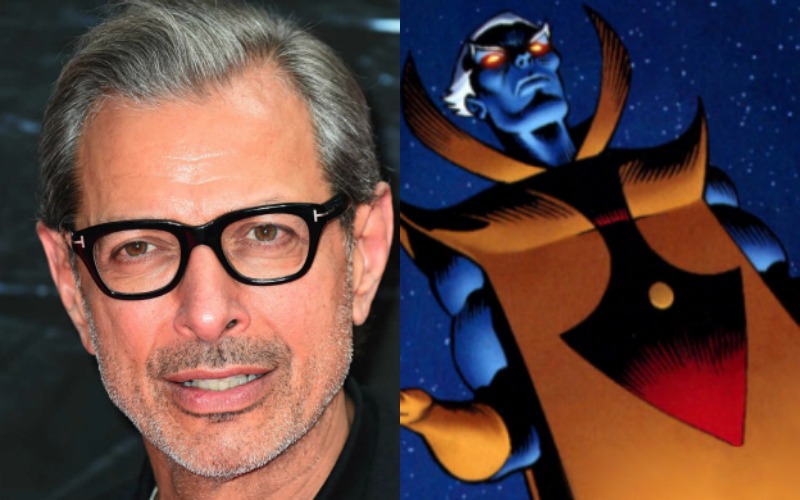 As the Marvel Cinematic Universe keeps going from strength to strength, the talent it manages to attract to its movies is getting better and better. This year we’ll have the likes of Benedict Cumberbatch, Chiwetel Ejiofor, Mads Mikkelsen and Tilda Swinton in Doctor Strange and next year Thor: Ragnarok will introduce Cate Blanchett, Karl Urban and Jeff Goldblum to the MCU. Urban plays Skurge the Executioner, Blanchett is Hela, Goddess of the Underworld, while Goldblum is the Grandmaster — an ancient cosmic being who will probably have something to do with the overall arc of the Infinity Stones.

Speaking to Empire, Goldblum has elaborated a little more on his role.

“He’s a hedonist, a pleasure-seeker, an enjoyer of life and tastes and smells. I thought, ‘I can do that, I’ll bet!’ I’m working on my part every day. I’m a sponge, researching. [Director Taika Waititi] is encouraging me to improvise and make it my own, and that’s what I’m trying to do. I hope he doesn’t throw me out on the first day!”

The actor is clearly excited for getting stuck into the MCU. He revealed that he will be filming “for three weeks or a month” in Brisbane. “Not only Chris Hemsworth, Cate Blanchett, Anthony Hopkins… jeez, that’s gonna be fun. I’ve never been to Australia except to do these little publicity things.”

Alongside these stars, Thor: Ragnarok will also feature the returns of Chris Hemsworth, Tom Hiddleston and Anthony Hopkins (but not Natalie Portman), plus Mark Ruffallo as Bruce Banner/The Hulk will cross over from The Avengers movies to team up with the God of Thunder. It will be also directed by Taika Waititi. With such an awesome cast and a talent director, this one looks set to be far and away the best Thor movie yet.