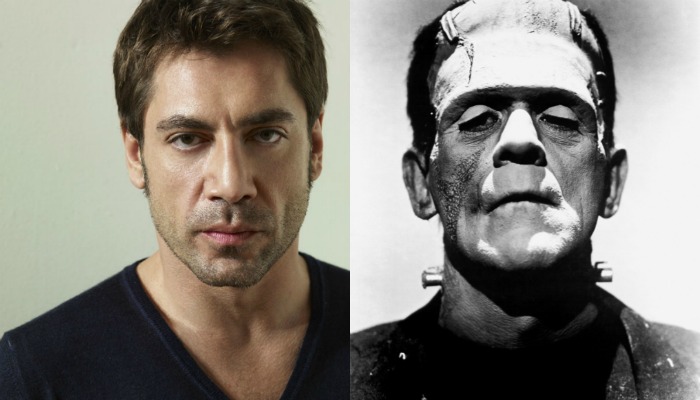 The nascent Universal Monsters Cinematic Universe is already managing to attract a high calibre of movie star to feature in its films. The upcoming reboot of The Mummy, which has just started filming, will star none other than Tom Cruise. Russell Crowe will also appear as Dr. Henry Jekyll AKA Mr Hyde, a character he will play in other movies that are on the slate. One of these is The Invisible Man, which will probably feature Johnny Depp in the lead. Well, if everything goes to plan, these stars might soon be joined by Javier Bardem as Frankenstein’s monster.

Revealed in an exclusive from Variety, the studio is currently in talks to get the Spanish actor, most famous for his villainous turns  in No Country For Old Men and Skyfall, on board as the freakish creation of Dr. Frankenstein. The role was famously first played in a talking feature film by Boris Karloff in Universal‘s 1931 classic. Since then, Hollywood heavyweights like Christopher Lee and Robert De Niro have taken up the neck-bolts.

It is thought that Bardem would first appear in another monster movie before spinning off into his own solo film, perhaps akin to how DC are handling their movie universe. Universal is also planning a Bride of Frankenstein movie, so it seems likely that Bardem will show up in that one.

The Universal Monsters Cinematic Universe is being headed by Star Trek’s Alex Kurtzman and Chris Morgan. Other projects on the slate include The Creature from the Black Lagoon, The Wolf Man and Van Helsing. 2014’s Dracula Untold kicked off the franchise, with the next installment being the previously mentioned The Mummy. Starring Sofia Boutella in the title role and directed by Kurtzman, it is due to rise from its tomb and arrive in cinemas on June 9, 2017.