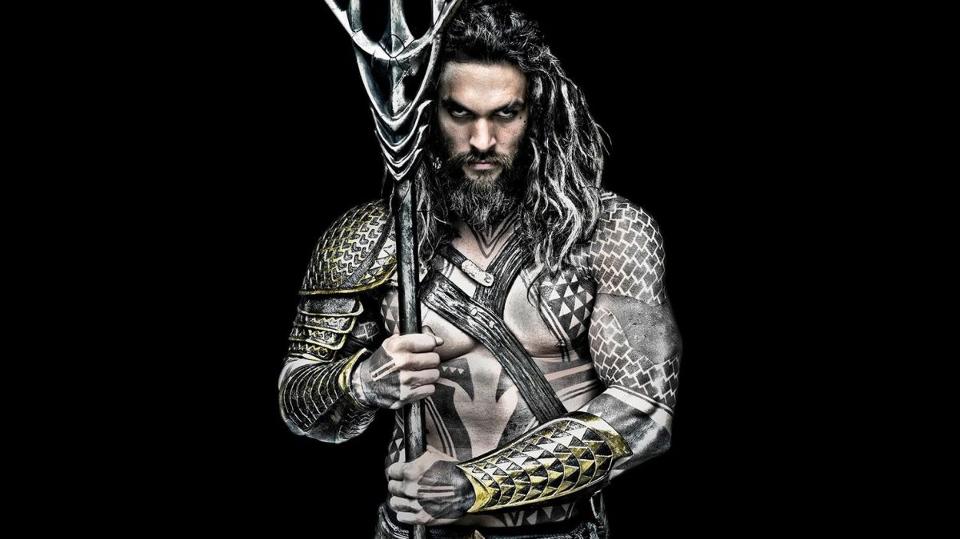 The roller-coaster of news that is the solo Batman film may be ulcer inducing, but the DCEU still has plenty to tout. Wonder Woman opens in four months and Justice League hits this fall. That covers this year, but next year is full of unknowns. What’s going on with The Flash? Its March release is especially unlikely. Should Batman begin shooting soon, will it make a 2018 release? We’ll have to patiently wait and see. Interestingly, there is one film that seems to be moving along with no trials and tribulations hindering its progress — Aquaman. Maybe it’s Jason Momoa constantly feeding the hype-train, but the King of Atlantis has never been more appealing.

With master of horror James Wan at the helm, folks are cautiously optimistic. However, if there’s one thing the DCEU has taught fans to be concerned about it’s the script. Castle and Gangster Squad’s Will Beall is in charge of the screenplay, with a story by Geoff Johns. From the outset, things are looking hit or miss. The way Jason Momoa talks about it, though… Might this become the most anticipated film in WB’s superhero slate? It’s possible. Talking to Digital Trends about his dreams of a potential Aquaman game, Momoa lauds the film script and the adventures it entails:

“I read the (Aquaman) script and let me just put it this way, I’ve never seen a movie that’s anything like this. It’s going to be a world that you’ve never seen before, which is really cool. We went to space, we traveled all over different worlds, but we never went underwater. So it’s just a really cool spin on what’s below and it uses a lot of great movies that I already love — whether that be Raiders of the Lost Ark to Star Wars to Lord of the Rings to Romancing the Stone. It has a lot of really cool adventure, it’s funny and heroic, and there’s a lot of different characters and a lot of different worlds that we get to go to. So I’ve never really seen anything like it. I think it would be an absolutely amazing game and that would be the greatest character in the world.”

Story details remain in the wind, but the cast of characters is looking great, thus far. Amber Heard, who’s set to cameo in Justice League, will play Arthur Curry’s wife, Mera. Willem Dafoe has been cast to play Arthur’s mentor, Nuidis Vulko. Patrick Wilson will play Aquaman’s half-brother, Orm/Ocean Master. Yahya Abdul-Mateen II is a newcomer to the cast, being brought aboard as the King of Atlantis’ most famous foe, Black Manta. And rumors suggest Nicole Kidman is in talks for the role of Aquaman’s mother, Queen Atlanna.

Aquaman begins filming in Australia in the coming months. The movie opens in theaters on October 5, 2018.