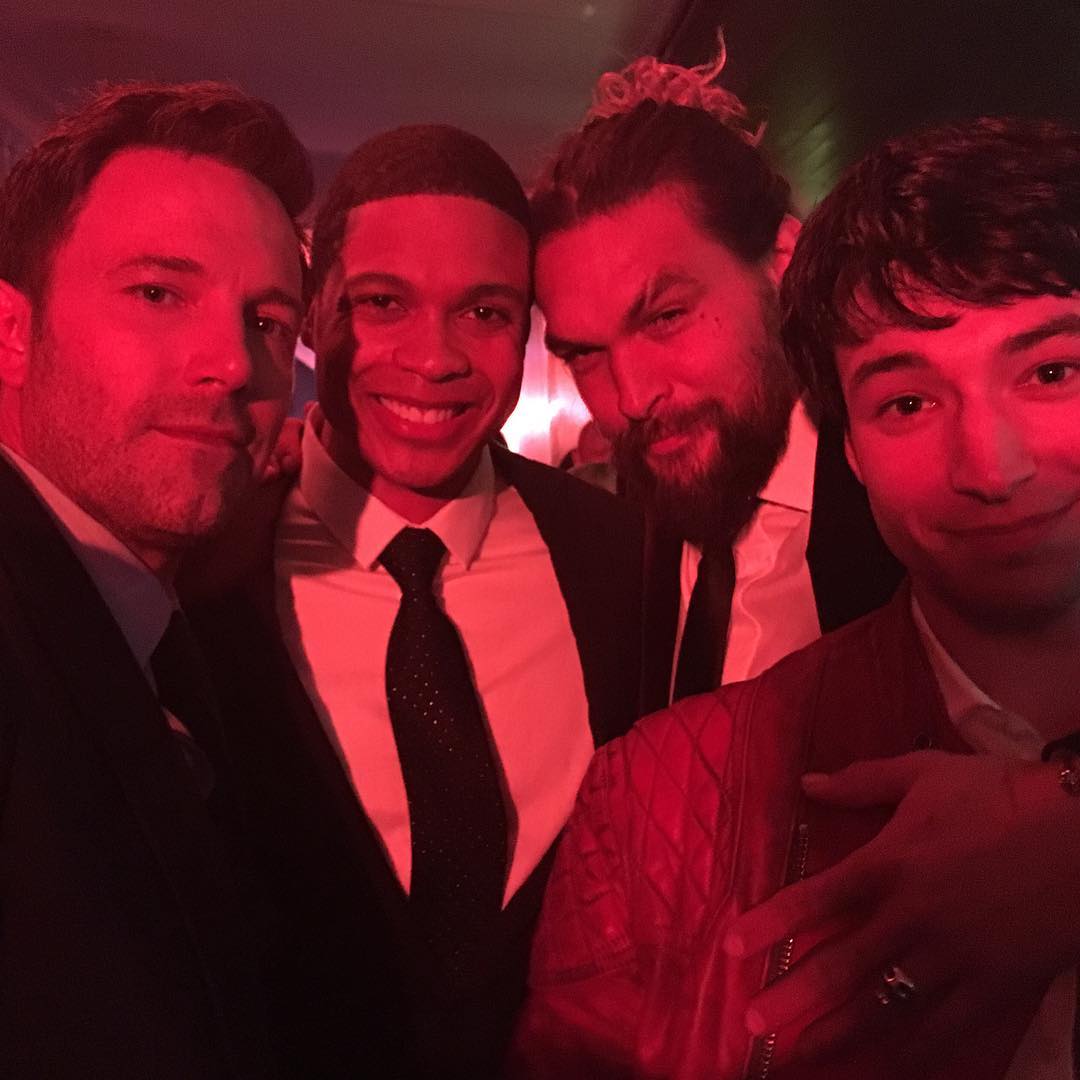 If anyone is excited for Aquaman’s extended, big screen debut in Justice League: Part One and the impending standalone film, it’s Arthur Curry actor, Jason Momoa. Unable to hide his excitement, the Game of Thrones star spoke to ET Online about the Aquaman standalone and addressed the harsher critiques of Batman v Superman.

Of Aquaman, Momoa said, “It’s just something that hasn’t been explored before. For me, it’s like Iron Man. When Iron Man came out, it was like, ‘Wow!’ We haven’t explored that character before and Robert Downey took it to a whole nother level. He’s genius and it was amazing. I loved it.”

When asked whether or not he’d ever take the speculated Ben Affleck approach of directing his character’s solo film, Momoa laughed off the idea, “Noooo way! I don’t think I could do it. Props to all the directors who do these movies, but it just baffles me. I’m excited to experience it on Justice League, I’ve never been on something quite this size.”

And there it is. THE JUSTICE LEAGUE Mahalo Zach and Debbie and the WARNER BROTHERS OHANA Amazing night aloha j

At this point Aquaman fans just want to see the King of Atlantis done properly. It wasn’t until the incarnations of the 90s that the character stop being looked at as a joke. The animated adaptions he has been involved in, such as Justice League, cemented the character as one worthy of being taken seriously. Injustice: Gods Among Us took him to another level of interest and fans are biting at the bit for more. It seems as though Jason Momoa will deliver.

The actor also responded to some of the backlash BvS has received.

“There’s been some things here and there, but I’m stoked there’s a lot of support from the fans. There’s a big beautiful world. There’s a lot — a lot — of stuff. I feel really privileged to know that there’s a lot of big, beautiful stuff that’s going to happen. I’m excited too, for people to see the final product. And now it’s our turn — it’s Justice League time! I’ve been waiting for four years that I’ve known about that I’ve had to keep my mouth shut. I’m super pumped to shoot it!”

Specifically regarding the less-than-stellar reviews of BvS Momoa added, “Some people liked it, some people didn’t. It is what it is. I don’t get it, but I don’t really listen to what anyone says. You can’t win ‘em all. And I had a ball. I loved it,” he added.

Justice League: Part One begins shooting next week and is scheduled for release on November 17, 2017. The James Wan directed Aquaman film opens in theaters on July 27, 2018.