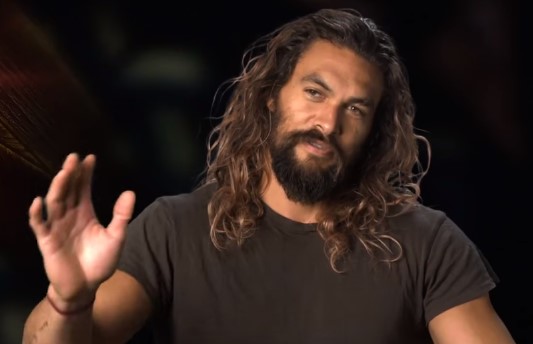 Aquaman is scheduled to debut before the end of the year. Undoubtedly, fans of the DC franchise can barely contain their excitement. Fortunately for them, it seems like one Aquaman movie isn’t the only thing in store for them. In fact, Warner Brothers has already hinted on a possible Aquaman 2.

Jason Momoa aka The King of The Seven Seas himself have recently sat down for an interview to promote the upcoming movie. During the interview, Momoa revealed that he already has ideas for Aquaman 2. He is so excited about the pitch that he has that he already spoke to the producer and the Warner Bros. studio head about how he thinks Aquaman 2 should be:

“I definitely have an opinion. Even when we were shooting Aquaman, I have the opening of Aquaman 2 ready. I went in and pitched it to (producer Peter) Safran, and I pitched it to (Warner Bros. chairman) Toby Emmerich. They loved it. It’s awesome… But yeah, I have plans for Aquaman 2.”

Momoa excitement over the role doesn’t really come as a surprise. Even earlier, the Game of Thrones actor has gushed about how strongly he connected with Aquaman. In an interview with Entertainment Weekly, Momoa revealed that growing up he was never really accepted anywhere. For awhile he was a Hawaiian kid living in middle America. After he moved to Hawaii, he still didn’t fit in. Much like his character Arthur Curry otherwise known as Aquaman:

“I grew up in the Bridges of Madison County area, like one county over. I graduated with maybe 100 kids, all very much the same. I stood out. I didn’t kind of do the same stuff. I was a bit of a skateboarder, and I started rock climbing. I love Iowa, but I just didn’t fit in. If you’re a Hawaiian kid in Iowa, you’re kind of a fish out of water. Then I went back to Hawaii and I got ostracized there too. I loved both, but just made my own path. So I think it’s easy to relate with Arthur Curry, not really being accepted here and not really being accepted there.”

Nevertheless, despite his excitement over the role, Momoa never felt pressure about how big of a movie Aquaman is. Unlike any other role before the DC superhero, the actor thinks that he has always had Aquaman in him:

“I don’t think about that s—. I honestly don’t think, “Oh, this movie cost more.” Just because this movie cost more doesn’t mean it’s more meaningful. I have Aquaman in me, and he’s somewhere I don’t have to reach far to access. [Game of Thrones horselord] Drogo was harder to play, where I had to learn a different language and do certain things that I don’t think are right. I want to make Aquaman fans proud. A lot of the real Aquaman fans love him, and I love them for it.”