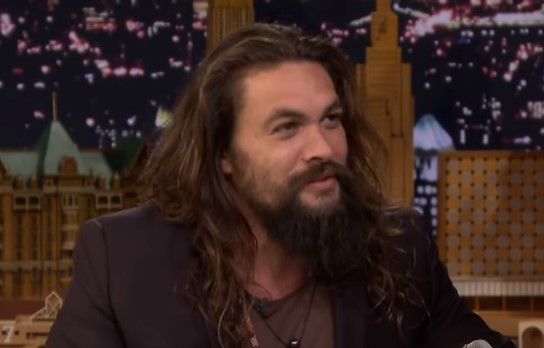 Rumors about Henry Cavill and Ben Affleck leaving the Justice League franchise have been swirling around and beyond Tinsel Town for several months. Thus far, neither Cavill, Affleck, nor the studios have been anything but vague when it comes to addressing the topic. Thankfully, DC has someone who is a little less coy about their co-stars leaving the film series.

In a recent interview with Huffington Post, Jason Momoa aka Aquaman was asked if he knew something about Cavill and Affleck leaving. While the Hawaiian actor isn’t privy to the information, he wasn’t vague in giving his opinions about the matter.

Momoa explains that he understands the reason why Cavill and Affleck are thinking about leaving their iconic roles. They have been tied to the franchise for several years. Moreover, they have already made several features playing these DC superheroes. Surely, as an actor, you would want to explore other roles that would help you hone your craft:

“If they’re both out, then listen: It’s just the place they’re at in their careers. I mean, how many has Henry done? He’s done three? Yeah, I mean, like, you want to move on. I think if I did… sh*t, I have done three… I mean, Henry wants to just expand on something. Ben is an amazing director that is of age, and probably he’s done enough. I don’t know how to speak on behalf of them, but I had the time of my life (Justice League)”

Aside from Cavill and Affleck, Momoa also spoke about the rest of the Justice League cast and crew during the interview. Momoa gushed about working with Zack Snyder on several DC features. The actor feels proud about working with such a man as Snyder. More than his director or producer, Momoa considers Snyder as family:

“Really, like, I’m a soul mate with him. He’s family. I’m very indebted to that man. I invited him to my wedding. I told him to look around on my property and the things I barely held onto, because there were moments in my career where you can’t put food on the table. Not being picky and choosy, but it’s hard to make it in this business. I looked at him, and I said, ‘You see these things? These would’ve never, ever, ever have happened if it wasn’t for you.’ So Zack has a huge part of my heart.”

While there is much talk about Cavill and Affleck leaving DC, it seems like Momoa has no plans to move on from the franchise. In an early report by Rotten Tomatoes, Warner Bros. chairman, Toby Emmerich revealed that he is confident that Aquaman would gross in the box-office enough to warrant a sequel.

True enough, Aquaman has already earned a whopping $100 million even before its US debut. The film opened in China two weeks before the US premiere. It managed to cross the $100 million mark in four days.

Aquaman is scheduled to debut across the United States a few days before Christmas on December 21, 2018.