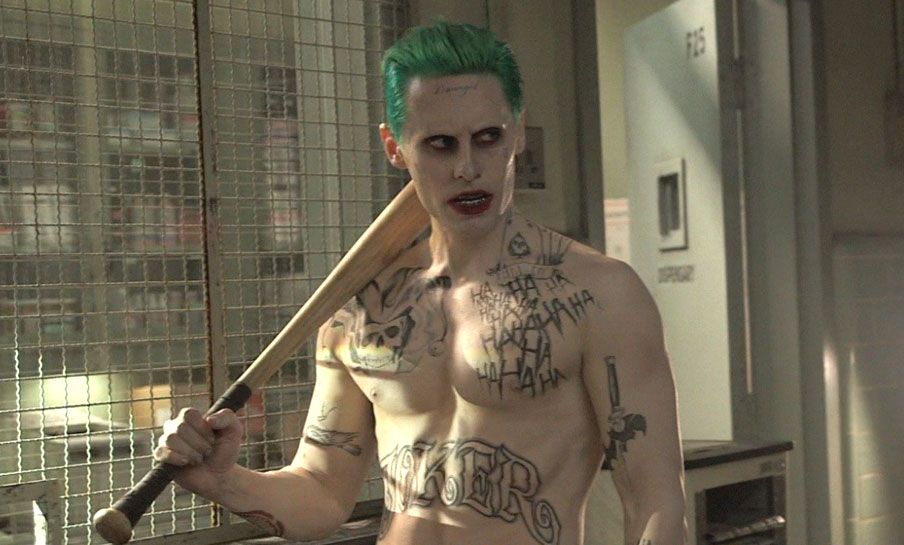 Is it time to put the Suicide Squad drama on the same page as the notoriuos Batman v Superman backlash? If a fan report (via Batman-News) is to be believed, it sadly seems so. To say Jared Leto’s been vocal in his disappointment with his cut down Joker performance is an understatement. He’s clearly passionate about the role and the character. Like fans, he had high hopes for the Clown Prince of Crime and unfortunately they weren’t met. We’ve heard him speak about there being enough material to craft a Joker film. However, producer Charles Roven has gone on record saying too much was shot and it had to be whittled down. Apparently, there’s more to the story.

Fans are suing Warner Bros. because they feel they were advertised a product they ultimately didn’t receive. According to someone that attended an adult summer camp, “Camp Mars,” hosted by Leto, he too feels “tricked.” This individual posted a summary of his words on their Tumblr page, which you can read below.

“He was very honest about the film this weekend; his disappointment in what he’s learned of the theatrical cut (he’s still not seen the film); feeling sort of tricked into being a part of something that had been pitched to him very differently; thinking it would’ve been more artistic than what it became; feeling overwhelmed by the hate regarding the look and choices…”

Is he saying he was duped by the role itself? That WB presented him a vision that was not followed. Or, are his grievances exclusive to the fact that so much footage was removed? Based on the “artistic” statement, it appears as though the latter is more true. While the actor has yet to see Suicide Squad, his frustrations are still understandable.

Jared Leto, to the surprise of many, is a musician first; it’s how he got his start in the business. His band, 30 Seconds to Mars, is often his main focus, so he picks film projects carefully. Prior to Suicide Squad, he hadn’t been in a film since 2013’s Dallas Buyer’s Club. Before then, his last movie was Mr. Nobody in 2009. His taking the time to invest in this character, and potentially return in future DCEU projects, is likely no small task. Which brings us to the next interesting bit.

Something else many don’t know about Jared Leto is his adoration for rock climbing. He has a YouTube channel where he’s posting a documentary series, Great Wide Open, dedicated to “America’s National Parks and the incredible adventurers who explore them.” However, there’s a stipulation in his contract that prevents him from being as active in his hobby as he’d like. Leto himself had some choice words for the stipulation, too. You can hear them below.

Honestly, cheers to Mr. Leto for his openness on the matter. Of course, there’s a lot he can’t say. But perhaps his words, and fans (peacefully) voicing their discontentment, will give us that extended cut we’re all craving. Or maybe, just maybe, Warner Bros. will learn something that benefits everyone.