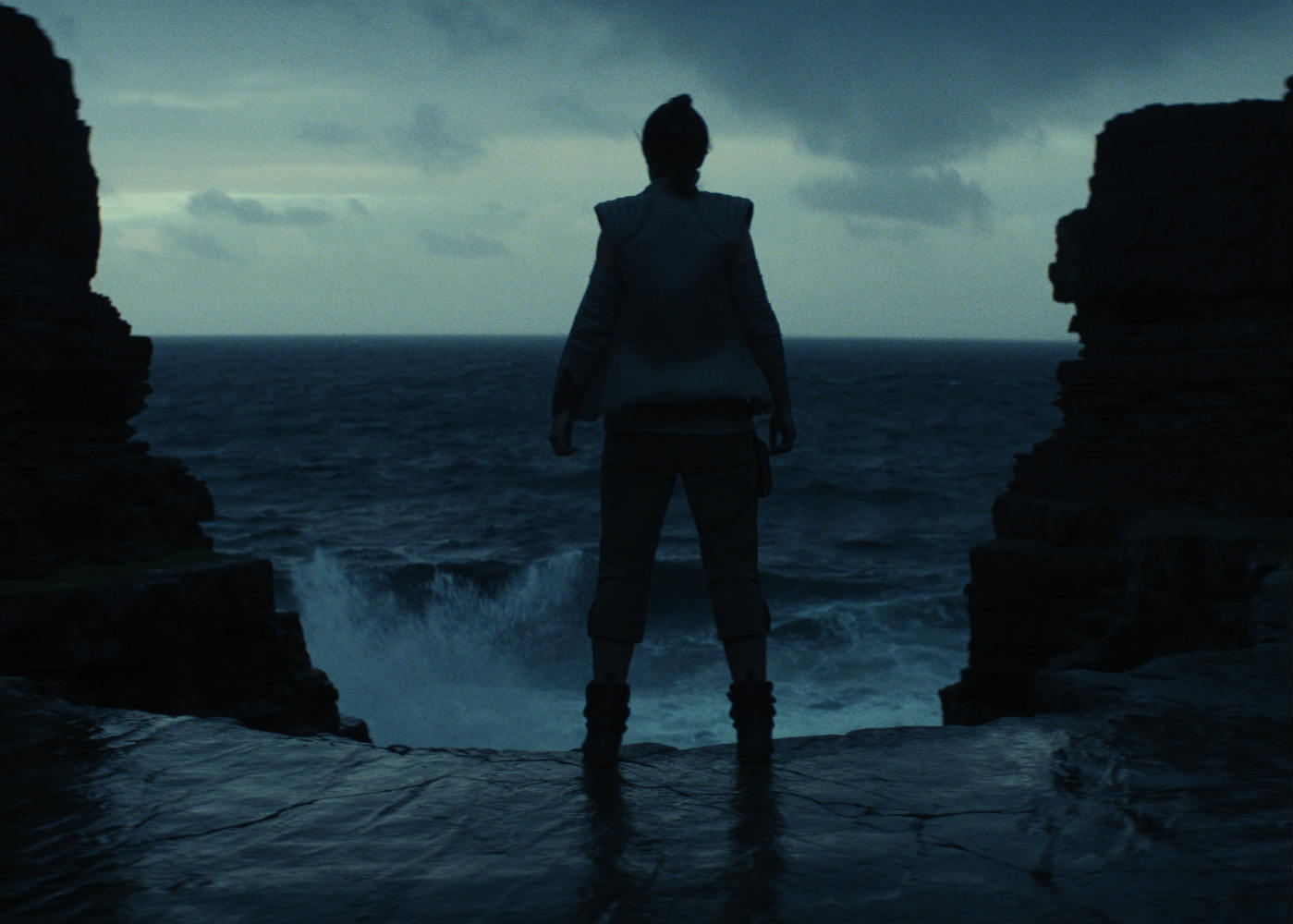 The text is roughly translated below. Be warned what follows could be inaccurate and contain light spoilers:

The Most Shocking Truth in Star Wars History Will Soon be Revealed!!
A new generation of tale on light and dark, virtue and evil has begun with the death of Han Solo.
In the world where First Order and the Resistance are fighting against each other in a war, the heroine, Rey, had her Force awaken.
What will happen to the galaxy when Rey and the one and only survivor of the Jedi knight, Luke Skywalker, meet?
Kylo Ren, who has fallen to the dark side of the Force and killed his father, Han Solo. As a successor of his grandfather, Darth Vader, and a high rank in the First Order, where will his ambition lead him to?
Furthermore, Kylo Ren’s mother, the leader of the Resistance, Leia, Poe, Finn, and BB-8, will embark on a new mission!
The story has finally begun and it will lead to a climax scene full of mystery!
December 15. Be ready for the shocking truth surpassing the previous stories!

The majority of the leaflet sums up the events of The Force Awakens. However, it does provide fans with some direction of the characters moving forward.  Most importantly, the leaflet claims the “most shocking truth in Star Wars history” will be revealed in the film.  Although not impossible, it seems difficult to top one of the greatest reveals in cinema — Darth Vader’s “No, I am your father” announcement to Luke Skywalker in The Empire Strikes Back.  Because there are still plenty of details fans don’t know about the characters and story at this point in the saga, this potentially monumental twist could go in any number of directions.  As always, Disney and Lucasfilm are tight lipped about plot details, so everything is strictly speculation as fans continue to piece together bits of information here and there.

Be sure to check out Star Wars: The Last Jedi in theaters December 15.