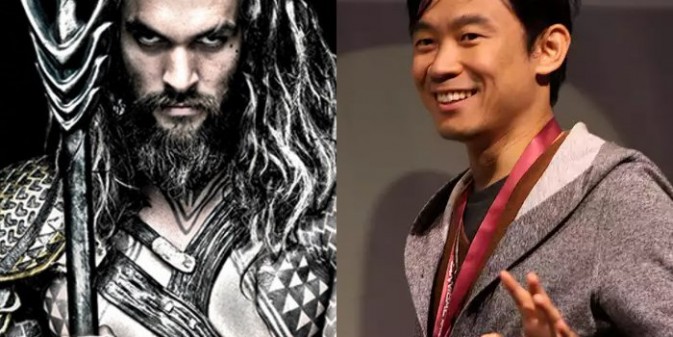 Aquaman has always been the superhero to point and laugh at, thanks in no small part to the Super Friends series that ran in the early 70s to mid-80s. The show had the King of Atlantis riding a giant sea horse for Poseidon’s sake. It was terrible *Charles Barkley voice.*

Thankfully, 1994 rolled around and with it came a far more badass Aquaman; detachable hook-hand included.

The director of Aquaman’s upcoming standalone film, James Wan, knows this and is excited to subvert the audience’s expectations. Speaking to MTV News, while promoting The Conjuring 2 at CinemaCon, Wan discussed his intentions going forward with Aquaman.

“A big part of it was me telling them what potential I saw in this character,” Wan said. “As we all know, Aquaman is somewhat the butt of the joke in the superhero world. There’s something cool about that. I love the idea of being the underdog, coming in with a take on this underdog character and completely blow people’s expectations away. Like, ’Oh, you thought he was going to be a wimpy character? No no no.’ It’s going to be so cool.”

It’s already been established that the hero’s standalone film won’t be the typical origin story. It will be more of a continuation of Justice League: Part One, which Aquaman will have a lengthy part in. Wan addressed this as well, adding that the origin aspect will take form in some way. “There’s Justice League that happens before it, so I have to be respectful to that,” Wan noted. “But in a lot of ways… it’s a continuation but there are origin elements as well — and that’s the story that I’m excited to tell.”

Could we potentially see something as awesome as this?

We won’t have to wait too long to find out. Aquaman will make his extended big screen debut in Justice League: Part One on November 17, 2017 and his solo hits theaters on July 27, 2018.