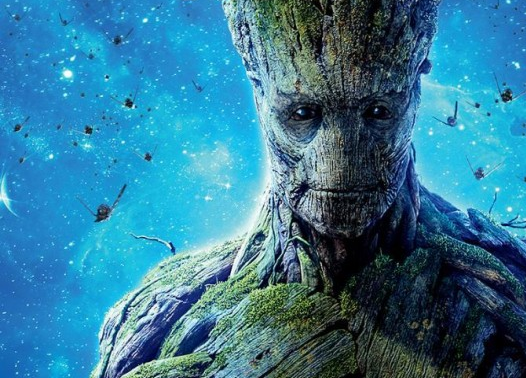 The Marvel Cinematic Universe is full of interesting, complex characters. Characters who can draw us in with their sympathetic motivations or just their simple attitude to life and the people around them. However, one character that completely defied the odds was Groot from Guardians of the Galaxy, voiced by Fast & Furious star Vin Diesel. Despite only having a grand total of five unique words over the course of the two-hour film, Groot was a remarkable character brought to life by director James Gunn, the astonishing special-effects team and by Diesel himself.

But whenever Groot says “I am Groot!” does James Gunn and Vin Diesel actually know what he means? Well Gunn, who is very active on social media, posted a picture of a “Groot Version” of the Guardians of the Galaxy: Vol. 2 screenplay on his Twitter account. Apparently, it’s exactly the same as everyone else’s scripts except instead instead of the text simply saying “I am Groot”, Groot’s unique language is translated into English.

The special Groot version of #GotGVol2 that only Vin Diesel & I have, where every Groot line is printed in English. pic.twitter.com/WGxY00Qsub

What’s most interesting about this script is that only James Gunn and Vin Diesel get to know what Groot is actually saying. Although, who knows if Bradley Cooper as Rocket Raccoon gets to look because he seems to be one of the few other characters who can understand what Groot is saying.

Groot’s role in the upcoming Guardians of the Galaxy: Vol. 2 will be interesting to see unfold since he’s going to be playing a baby, childlike version of the gentle giant we once knew after being blown up at the end of the last movie. But if the footage from San Diego Comic-Con is any indication we’re still going to be utterly charmed by the antics of a character despite his limited vocabulary.

Guardians of the Galaxy: Vol. 2 is currently in post-production and will be hitting screens in May 2017.