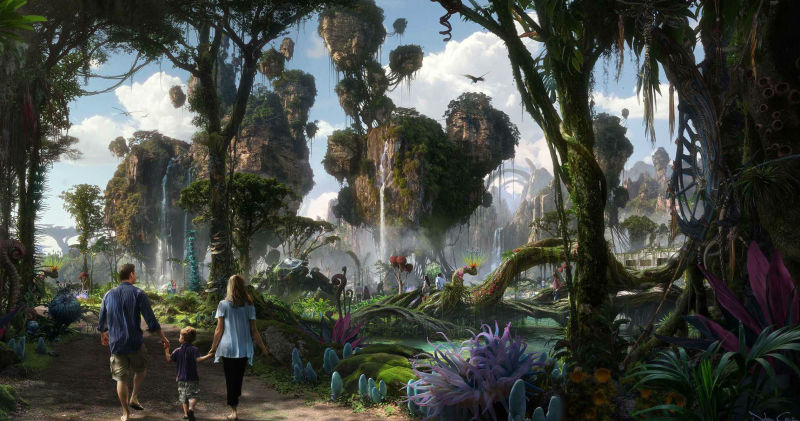 Taking place at Disney’s Contemporary Resort on November 19 and 20, Cameron, producer Jon Landau and Disney imagineer Joe Rohde will discuss the 12-acre immersive theme park Pandora: The World of Avatar (via io9). The park will open at Disney’s Animal Kingdom in Florida at some point in 2017. The D23 Destination D: Amazing Adventures event is open only to D23 Fan Club members and will also feature an exclusive look at Walt Disney Animation Studios’ latest movie, Mona.

Welcome to Adventureland: Set off on a journey through “Adventurelands” at Disney Parks around the world, beginning with a rare look at artist Harper Goff’s exotic concepts for Disneyland and Walt Disney World.

Tales from the Jungle Cruise: Fans of “the backside of water” unite! Discover the legendary history of the world-famous attraction with a panel of wisecracking experts, including a behind-the-scenes look at recent holiday overlays and the new Jungle Navigation Co. Ltd. Skipper Canteen at Walt Disney World’s Magic Kingdom.

Disney’s Polynesian Village Resort’s 45th Anniversary: From tropical hideaways to enchanting entertainment, celebrate the spirit of aloha as D23 looks back at 45 years of the classic South Pacific-themed getaway.

The unveiling of new information about Pandora: The World of Avatar is likely an effort to start getting people talking about Avatar 2. The sequel to 2009’s groundbreaking Avatar is penciled in to launch sometime in 2018, however no official release date has yet been given. Avatar 3, 4 and 5 are all expected to be out by 2023.

Tickets for the event are currently on sale at $190 each for D23 Gold and Gold Family Members. D23 General Member tickets are available for $250.