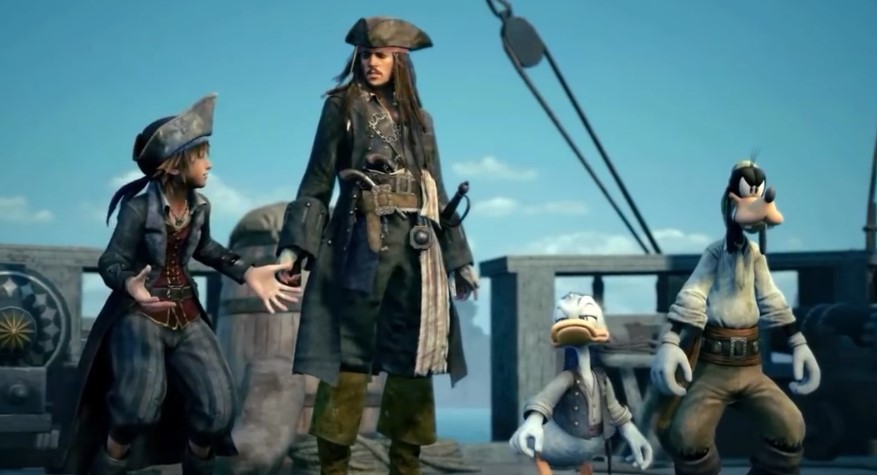 Sora and the gang met with Jack Sparrow and his gang back in Kingdom Hearts 2, and the latest trailer for Kingdom Hearts III reveals that he’ll be meeting Jack again, this time in Davy Jones’ Locker.

Jack’s first appearance in the franchise had Sora inserted into the storyline of Curse of the Black Pearl, and I’m happy that KH III has decided to bring him back for The World’s End. Say what you will about PotC 4 and 5, but they don’t hold a candle to the grand adventure that was the first three films.

The trailer promises some great ship v ship action, and they even have a Jack Sparrow that sounds convincingly like Johnny Depp. I wonder if they did the same for the other characters like Will Turner, Elizabeth Swann, Gibbs, and Tia Dalma.

Besides the world of PotC, Kingdom Hearts III promises to introduce to us more worlds, specifically from films that came out after KH 2. We’re going to be visiting worlds based on Tangled, Frozen, and Big Hero 6. We’ll also be visiting locations from older films like Hercules, Toy Story, and Monsters Inc.

I wonder which Kingdom Hearts will have Sora and friends visiting Disney owned properties like Marvel and Star Wars?