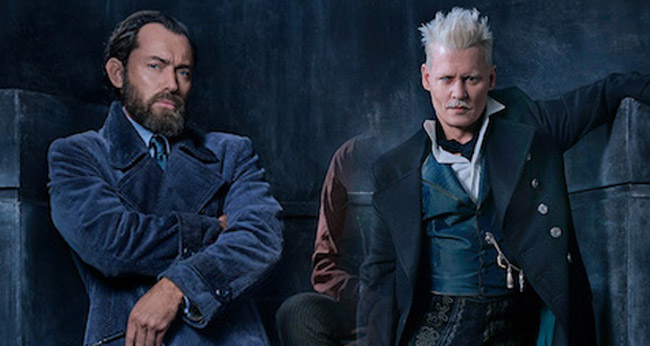 The main Harry Potter franchise may have ended, but author J.K. Rowling continues to add bits and pieces of trivia online—some of which fans prefer not to know. Rowling had already confirmed that Dumbledore was gay for Grindelwald back when Deathly Hallows came out, and now with the Fantastic Beasts 2 DVD, she goes into detail on how ‘passionate’ the two were in their youth.

As per Radio Times, the Fantastic Beasts: The Crimes of Grindelwald special features disc has Rowling saying:

Their relationship was incredibly intense. It was passionate, and it was a love relationship. But as happens in any relationship, gay or straight or whatever label we want to put on it, one never knows really what the other person is feeling. You can’t know, you can believe you know.

So I’m less interested in the sexual side – though I believe there is a sexual dimension to this relationship – than I am in the sense of the emotions they felt for each other, which ultimately is the most fascinating thing about all human relationships.

Fantastic Beasts director David Yates also has some input on the relationship between Grindelwald and Dumbledore, saying, “This is a story about two men who loved each other, and ultimately have to fight each other. It’s a story for the 21st century.”

While some tend to see that this is Rowling’s way of making her franchise more inclusive, some fans have opted to poke fun at her instead, seeing that Rowling just seems to keep pulling random trivia from her world out of a hat. While it’s interesting that Dumbledore did have a relationship with Grindelwald, fans felt that they didn’t really need to know that old-timey wizards used to defecate where they stood and just vanished it with magic.

Hogwarts didn't always have bathrooms. Before adopting Muggle plumbing methods in the eighteenth century, witches and wizards simply relieved themselves wherever they stood, and vanished the evidence. #NationalTriviaDay

We don’t really know how far this Dumbledore/Grindelwald romance is going to go in the films, but some fans admittedly think that it’s worth its own separate story from Newt Scamander’s. At this point, the franchise is too focused on the clash of the two former lovers that Newt and his ‘Fantastic Beasts’ are taking the backseat.