Skip to content
Home » It’s the Time of the Preacher 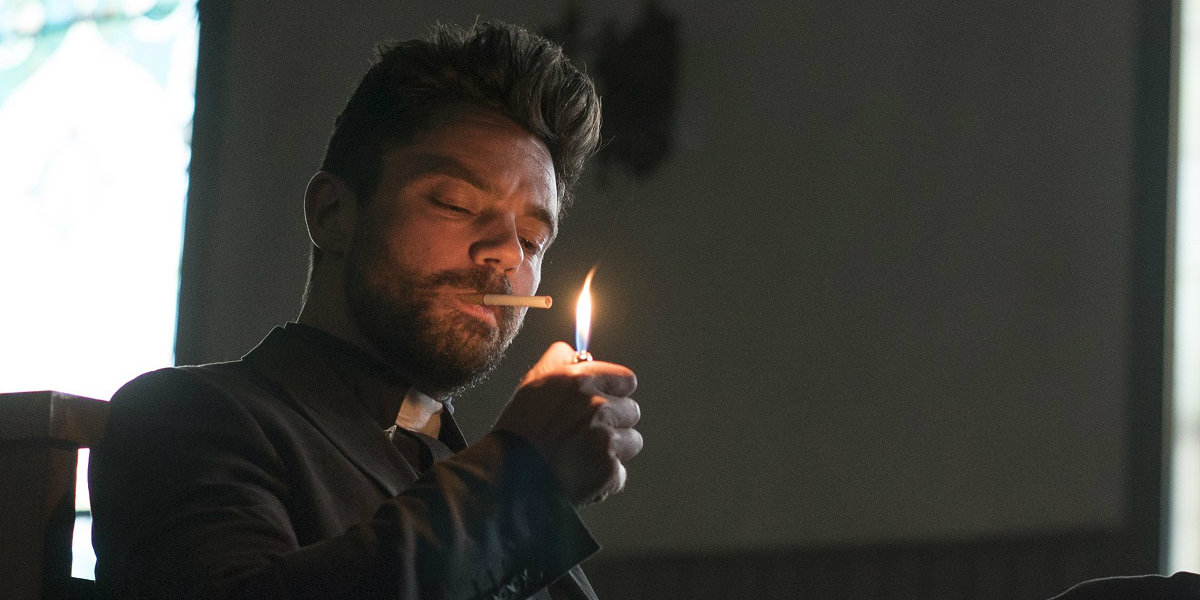 You don’t need to be a comics fan to love Preacher, the new AMC series, based on the nineties Vertigo title. Unless you were around for the comic, your frame of reference probably has little to do with Garth Ennis and Steve Dillon’s masterpiece. (And if that’s the case, go read every damned volume of it right now.) Either way, it’s AMC’s latest bid at turning a mature audience’s comic into a cult television hit.

Jesse Custer (Dominic Cooper) is a small-town Texas preacher with a violent, criminal past. Tulip (Ruth Negga), Jesse’s ex-girlfriend and partner, is trying to get him back into the game. Jesse has his own problems, though, namely nightmares of his father’s violent death, along with a yearning to quit the ministry and move on. They’re soon joined by Cassidy (Joe Gilgun), an Irish vampire with a self-destructive streak.

The main location of Annville is authentic, but the action isn’t limited to the fictional town. Holy men in locations as disparate as Africa and Russia have been visited by an otherworldly, almost parasitic force. It endows its host with a voice that must be obeyed by all who hear it. Most folks just explode shortly after being chosen. Jesse is next on the entity’s list. 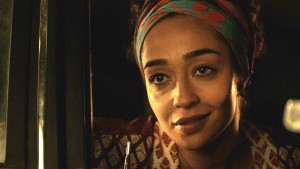 The performances are solid across the board. Cooper gives Jesse a sense of vulnerability not always present in the comic. He’s a believable noir hero, haunted by his past and stuck in a rut. Like Jason Miller in The Exorcist, Cooper makes a crisis of faith fascinating to watch.

Gilgun’s Cassidy seems to have charmed his way out of the comic and into real life, right down to the iconic shades, ratty clothes, and bar stool philosophy. His performance hints at a more complex individual than the fun-loving drunk he pretends to be. The pilot episode contains no Pogues references, but give it time. 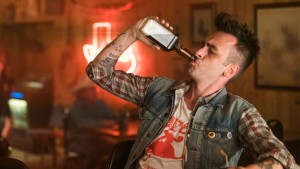 No one charms quite like Ruth Negga, though. Her Tulip transcends the femme fatale archetype, making violent crime look more fun than it should. At one point, a little girl grins from ear to ear after seeing some of Tulip’s deadly handiwork. You will, too. Negga’s raw, infectious enthusiasm for the role makes Tulip the pilot’s best character.

Directed by producers Seth Rogen, Evan Goldberg and Sam Catlin, the pilot sets a tone remarkably similar to the comic. Annville comes off as a genuine Texas town, even though the show is filmed in New Mexico. The action is strange and chaotic, highlighted by a car chase through a cornfield and an unbelievable fight on an airplane. Even little touches, like the use of Willie Nelson’s “Time of the Preacher,” are reminders of the show’s source material. It pays homage, but doesn’t fall into the fan service trap.

As a comic, Preacher was a passion project, an Irish love letter to American westerns. As a television series, it’s a thrilling, ironic, even heartwarming work. It has touches of Twin Peaks and True Blood, but stands on its own in the pantheon of weird little shows that became massive. Whether you’re a fan of the comic or just looking for your weekly fix of badass, Preacher is a good show. And you gotta watch the good shows, because there’s way too many of the bad.