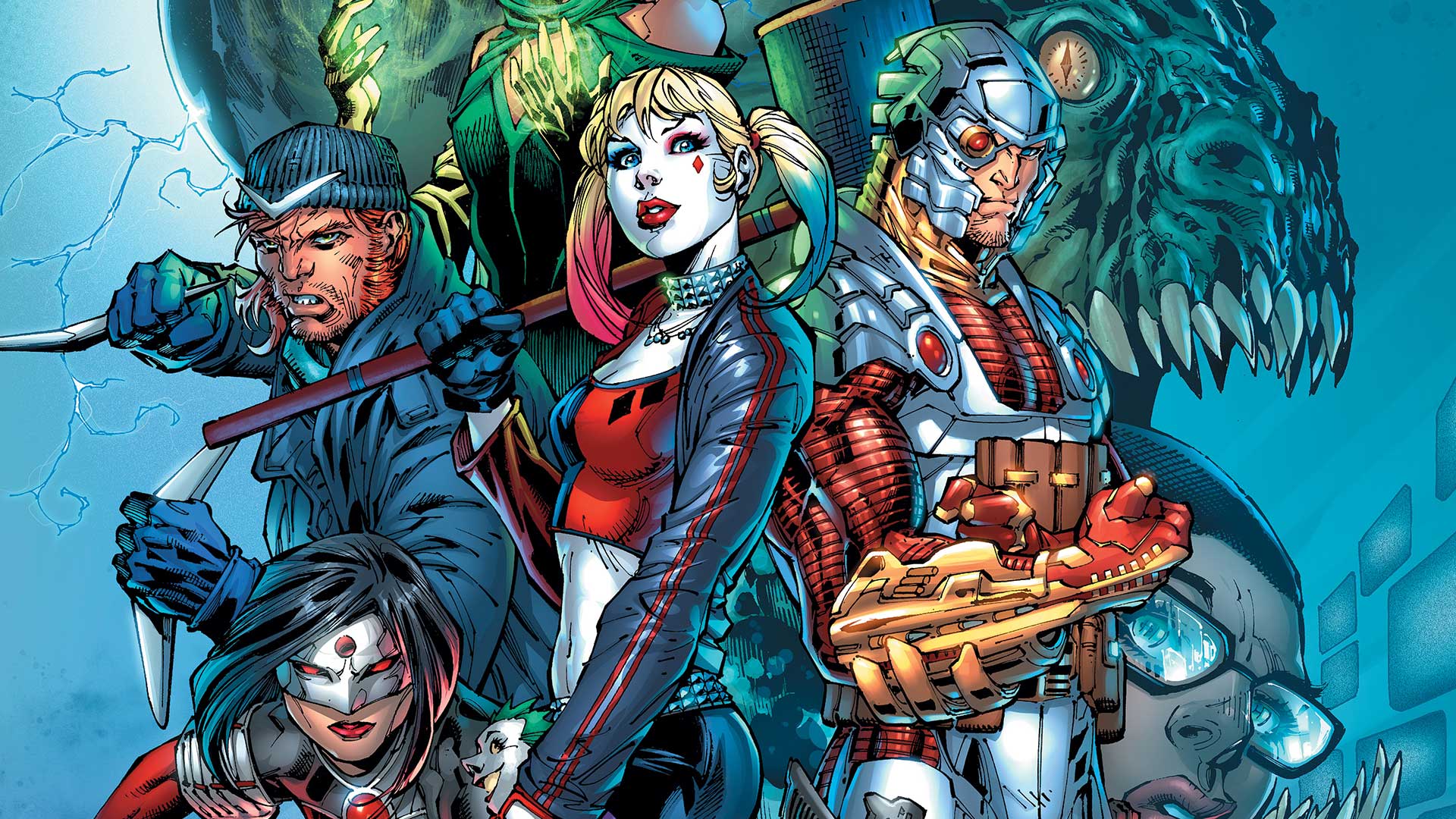 Now, you might think: “But this is a first issue!” I understand, but prior to this we got a Rebirth issue and a whole movie. Maybe the timing of the comic book’s release was the problem, but the concept is well understood by this point. The Suicide Squad is a team composed of deadly criminals led by Rick Flag under Amanda Waller’s instructions. They complete suicide missions with explosives in their heads, in case they get out of line. Did you read those last two sentences? That’s the issue.

There’s really not a lot that happens aside from the team forming in order to retrieve a cosmic item. We only witness them leave for the mission, so we have to wait for more issues to have events actually develop. For this mission, the team consists of Rick Flag, Katana, Enchantress, Harley Quinn, Deadshot, Killer Croc, and Captain Boomerang. Add Diablo and a couple of tattoos to basically have the movie’s lineup. On their way to the mission, Croc gets motion sickness, and throws up inside his space helmet. Because he starts drowning in his own barf, the drop ship becomes destabilized as Flag tries to save the drowning Croc. Did you roll your eyes, like I did as I read it?

After the short introduction, and a “To Be Continued,” we get a Deadshot/Floyd Lawton’s origin story. This flashback is definitely the most redeemable aspect of the issue. I liked it, but it might as well have been a Deadshot comic all on its own because we got very little out of the actual Squad.

The art was great. When Scott Williams and Jim Lee take on a book, it is always a visual spectacle. Jason Fabok’s style in the Deadshot back-up story was also very good. Now that this books is done with pleasantries, I really want to read the next issue where the story can actually begin. We’ve heard every single Amanda Waller inner monologue imaginable, but this one was memorable. The gist was: Evil exists, so let’s use it for good.

“The Black Vault” part one! When a mysterious and definitely super-important cosmic item falls out of the heavens and into enemy hands, America has only one option: Task Force X, Amanda Waller’s strike team of incarcerated super-criminals. A one-stop-shop for plausibly deniable espionage and ultra- violence, this “Suicide Squad” only handles missions they’re not expected to survive. An insane new era of SUICIDE SQUAD begins here with superstar artist Jim Lee and red-hot writer Rob Williams (UNFOLLOW, MARTIAN MANHUNTER).

There’s nothing wrong with this issue at all; it’s just repetitive. Can’t wait for the next issue where we can finally get the ball rolling.