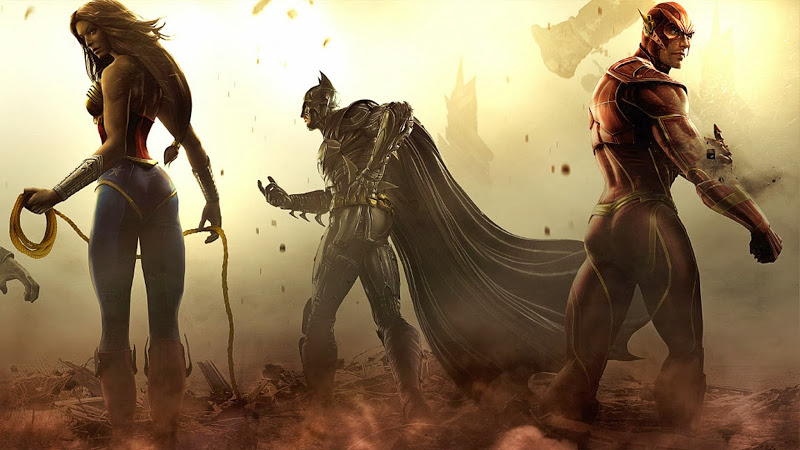 Injustice: Gods Among Us 2 is happening, Ed Boon and Netherrealm are not ready to talk just yet, but it’s definitely happening. With the success of the first game, and the continued success of the comic series inspired by it, it was only a matter of time. Because Netherrealm tends to launch titles every two years — Mortal Kombat in 2011, Injustice in 2013, and MKX in 2015 — a 2017 release date was not only likely, it’s been expected.

According to a rumor via Gameblog.fr, the sequel hits store shelves March 2017 on PS4, PC, and Xbox One, and will utilize the same game engine as Mortal Kombat X. It’s reportedly scheduled to be officially revealed prior to E3, another tendency of Netherrealm’s.

In typical fashion, MK and Injustice co-creator Ed Boon couldn’t stand to sit by as this speculation began to mount. He had to jump in on the fun. Now a tease, likely from him, is really expected any day now.

The first Injustice was a fighter akin to Mortal Kombat, sans the violence, but with all the fast paced and gloriously intense combat… sorry, kombat. It was Ed Boon and Co.’s way to dive back into the the DC Universe after the fun, but admittedly underwhelming, Mortal Kombat vs DC Universe.

Injustice: Gods Among Us set up a fantastic elseworld story, which featured a brutally tyrannous Superman, taken over by rage. This is the same narrative that some are speculating may have inspired the Knightmare sections, that allude to a not-so-distant future, in Batman v Superman.

If you can’t wait for the game’s reveal and need a quick Injustice fix, a fan recently mashed together what a film of the same name would look like, if it were to be introduced to the DCEU. It features scenes from BvS, Man of Steel, and the Arrowverse shows.