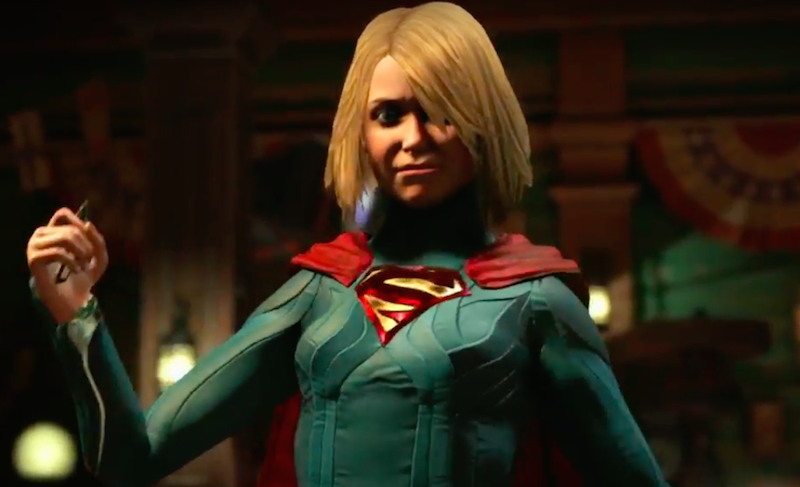 The sequel to Injustice: Gods Among Us was revealed with an ecstatic response. To add to the energy surrounding the announcement, Ed Boon unleashed Injustice 2’s first gameplay footage at the Mortal Kombat X eSports Finals. You can check out the gameplay trailer below.

The trailer gives us a look at many of the characters confirmed, thus far: Batman, Superman, Aquaman, Supergirl, Atrocitus, and Grodd. The Flash is notably missing from the footage, but there was a lot packed in for a 90 second trailer, and NetherRealm delivered wholeheartedly.

Supergirl’s intro is similar to Superman’s from the first game, with her coming out in her normal civilian garb, and tearing it away in an instant to reveal her suit. We also got a good look at Atrocitus, though we didn’t see to much of him on the offensive, as Supergirl handed him quite the beating. However, his raging bull construct was pretty darn awesome. Though not as awesome as seeing Aquaman and Grodd go at it. And it looks as though, the team has already topped themselves by making Aquaman even more of a stand out than he was in Gods Among Us. Did you see that shark attack; how could that possibly have been crafted any better?

We also get to see the environmental destruction taken up a notch, surprise surprise. What’s been improved upon elsewhere is the armor variations that have been touted, which were shown off here more specifically with Batman going from his normal armor to the gradual build up of the Batman Beyond-esque look. This new addition to the franchise has been dubbed the Gear System. You can read more about it below, courtesy of the PlayStation Blog.

“The Gear System uses RPG-like mechanics to reward you with loot drops every time you play the game. With each loot drop, you will earn character-specific gear to outfit and power up your roster – changing not only the look of each character, but your fight strategy and your personal approach to every match. As you gear up your characters, you’re building a roster of DC Super Heroes and Super-Villains that reflects your choices, and your preferences, which can be vastly different than your opponents. A few play sessions in, you can expect your Aquaman to look and play different than anyone else’s Aquaman you may come across.”