In the 15 minutes of gameplay seen in the IGN E3 preview, Supergirl tears into Atrocitus and Batman and Aquaman go at it like mad dogs. Great stuff. However we have a, potentially, unfortunate realization to relay. Black Manta was spotted in Injustice 2’s first gameplay trailer, we, like many, assumed it was a confirmation of sorts for his being a playable character. That may not be the case. During the Supergirl v Atrocitus fight in Atlantis, one of the level transitions relocates the combatants to an area where Black Manta attacks with a trident. It seems he’s may get the Gorilla Grodd treatment from Injustice: Gods Among Us. He’s essentially an interactable set piece, a Grodd-piece, a I-look-cool-you-want-to-play-me-sike-you-can’t-piece. You can see Black Manta in the level transition below, he appears at about the 2:10 mark.

It is worth noting that when asked about it, during the gameplay preview, Ed Boon said that while Black Manta wasn’t confirmed, there was a possibility. Because the team plans on doing downloadable content, there’s also a chance the character may be made playable as an add-on post-launch, if he doesn’t make the original roster.

“There’s a possibility of it happening,” Boon stated. “I mean right now we only have the six that we are announcing. But, as we did with Injustice, we will have a cadence of release announcements of characters.”

So far, the officially confirmed characters include: Batman, Superman, Supergirl, Atrocitus, Grodd, and The Flash. The latter, unfortunately, being the only one we have yet to see in action in the gameplay reveals. It is also interesting that the Scarlett Speedster is missing from the character roster shown on screen… Although, because it’s an E3 presentation, it probably doesn’t mean much. 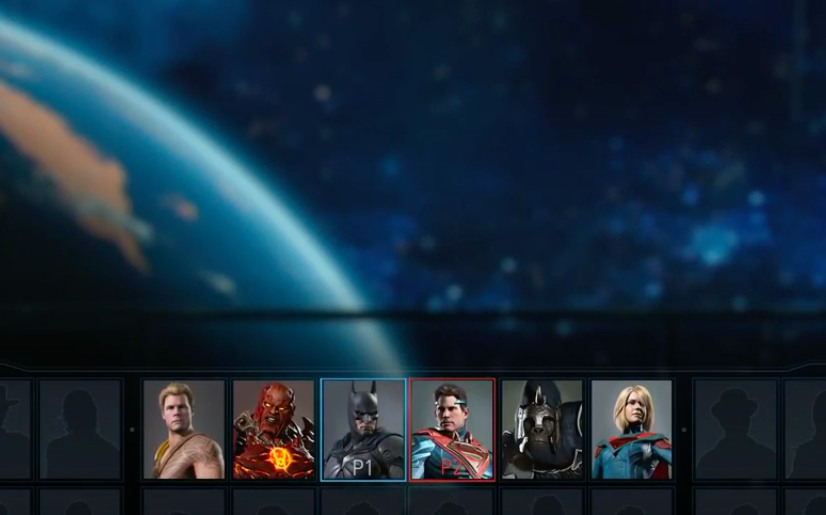 We’ve already outlined the 8 characters we would like to see in Injustice 2. Which DC heroes/villains are you rooting for? Let us know in the comments below.