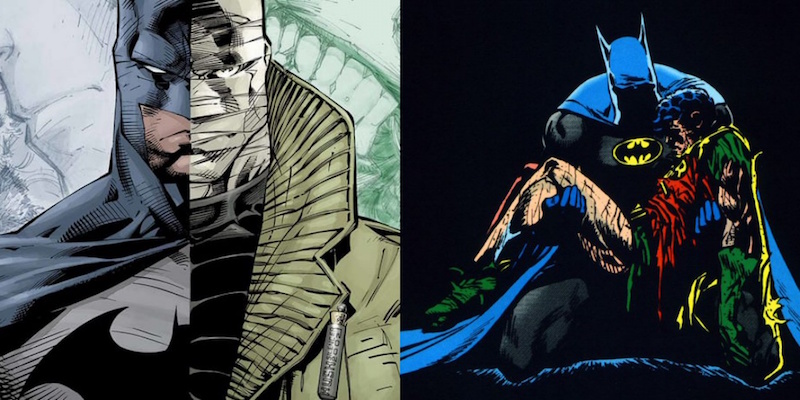 Let’s think about our DC animated film checklist, shall we? The Dark Knight Returns, check. Batman: Year One, check. Justice League: The Flashpoint Paradox, check. Wonder Woman, check. Batman: The Killing Joke… even if it isn’t what fans were hoping for, check. Now Justice League Dark is on the way, starring Matt Ryan’s John Constantine. What else could we possibly ask for? Flash: Rebirth, The Long Halloween, Blackest Night? Unfortunately, none of those are happening just yet. However, Kevin Conroy and Mark Hamill did offer a tease of Hush and A Death in the Family. Take special note of the word tease.

According to ScreenGeek (via ScreenRant), Batman and the Joker themselves appeared on a Fan Expo Canada panel. A rare occurrence. The two were asked what was next for DC animated projects. Conroy turned the question to Hamill: “What do you think about doing Hush?” His words were met with massive applause. Mark Hamill shot back with, “What do you think about doing A Death in the Family?” Again, applause ensued.

So what should we take from all of this? Besides the fact that Conroy and Hamill love to tease. Honestly, it likely doesn’t mean much. Again, we know Justice League Dark will launch in 2017. Later, Batman and Harley and Teen Titans: The Judas Contract animated films will follow that release. Unless the two actors are in the know regarding what WB Animation has planned for 2018 and beyond, let’s keep our hopes tame. Although, since Conroy and Hamill have been integral to the DC Universe for 25 years, we may be surprised at the secrets they keep.

If a Hush feature is in the cards, it’s sure to be something special. Many fans would likely be happy with a few alterations where necessary, though. For instance, the ending wasn’t particularly well received. A Death in the Family is a weird one, since we’ve already gotten a taste of it in Batman: Under the Red Hood.

What’s your take? Would you like to see these two seminal works translated in animation, or does something else deserve the spotlight? Tell us your thoughts in the comments below.