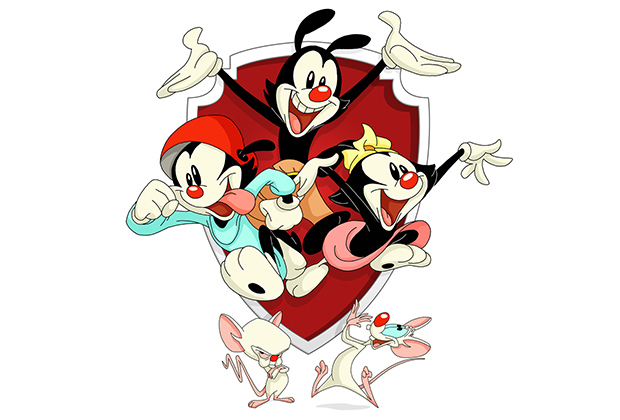 It’s time for Animaniacs! And we’re zany to the max! So just sit back and relax. You’ll laugh ’til you collapse. We’re Animaniacs! Yakko and Wakko: Come join the Warner Brothers… Dot: And the Warner Sister, Dot! The Warners: Just for fun we run: Around the Warner movie lot

Apparently, the 90’s are back, at least at Hulu. On Thursday Hulu confirmed that a “brand-new version” of the classic animated series Animaniacs had received a two-season, straight to series order. The new episodes will air sometime in 2020. And for even more fun here’s the official description:

The Warner brothers, Yakko and Wakko, and the Warner sister, Dot — three inseparable, irascible siblings — have a great time wreaking havoc and mayhem in the lives of everyone they meet. They have been locked away in the Warner Bros. water tower for a very long time, but they have found a way to escape. And escape they do — every day! Causing chaos and comic confusion, Yakko, Wakko and Dot run loose in the city, turning the world into their personal playground. And fan-favorite characters Pinky and the Brain will also return to make appearances in each episode.

Animaniacs was on in the 90’s and premiered on Fox Kids before moving over to Kids’ WB. It featured the adventures of the Warner siblings. It also featured a sort of spinoff called Pinky and the Brain (Brain, Brain, Brain), and it’s spinoff Pinky, Elmyra and the Brain and Tiny Toon Adventures. The great news is you can catch the original Animaniacs on Hulu right now along with all its spinoffs.

Back with the Animaniacs is Steven Spielberg who will be an executive producer, along with Sam Registers the President of Warner Bros. Animation and Warner Digital Series, Justing Falvey and Darryl Frank are also attached.

What do you think of the revival? Are you over it or are you happy that maybe your kids can relive some of the great cartoons you had as a kid? Let us know in the comments below.
Share