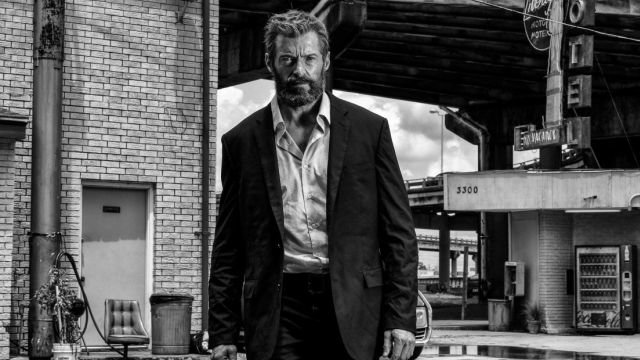 James Mangold’s borderline masterpiece, Logan, has been gobbled up by fans in the best possible way.  Finally fitting Wolverine’s claws with the proper brutal treatment and giving Hugh Jackman a magnificent final stand as the title character was the right move.  In terms of Jackman’s alleged sendoff, the movie could really not have ended in a more fitting fashion.  However, the actor had other plans for the movie’s final scene.  There will be MAJOR SPOILERS ahead, so proceed fully cautioned.

After defending his newfound daughter, Laura (Dafne Keen), throughout most of the film, Wolverine sacrifices himself against the ferocity of X-24.  Logan dies holding his daughter’s hand.  It’s a poignant and fitting final moment for the character.  Jackman, however, had other ideas which he shared during an interview with Yahoo Movies.

It was always floated that Logan would possibly die… I said, ‘Let’s be open, because it may be more powerful for him not to die.’

The actor explained a potential story comparison to Clint Eastwood’s Oscar-winning film, Unforgiven, which pits its elderly mercenary against a large body count and finds him surviving the shootout.  However, Jackman goes on to explain how director James Mangold saw Wolverine’s sacrifice as the proper way to go out.

James was always certain of that ending, and he was right…  Unlike a human character, what’s most poignant for someone who is thought to be indestructible is him dying while saying, ‘This is what it feels like.’

While it would certainly have allowed for a future of possibility with Jackman in the role, it is important to remember that if the actor wanted to return, Logan takes place in 2029.  This leaves plenty of room to catch up with him in the meantime before that time period.  While he has previously stated that he would be open to an opportunity of joining the Avengers, it remains to be seen if Jackman will ever be convinced to return to his most iconic role.  For now, Logan stands as a perfect swan song for the actor and for the character.