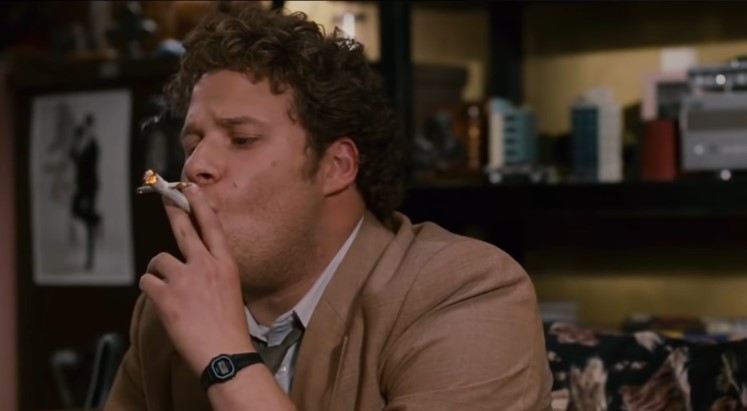 Actor/producer Seth Rogen has pretty much thrived with his public pothead image, and if you see him in a movie, it’s very likely his character loves smoking pot. What’s interesting is, Rogen and his creative partner Evan Goldberg have gone ahead to launch their own weed company: Houseplant.

Almost ten years I go, I envisioned having my own weed company. And today I can say that my company Houseplant's weed will be available in California next week! Also, Houseplant is making lovely Housegoods like ashtrays, lighters, and YES, even ceramics. https://t.co/TNjpWFhbWB pic.twitter.com/00xR8QKNH3

Not only will the company deal in different strains of cannabis, but it will also be selling lighters, ashtrays, and ceramics. For now, Houseplant is launching with three different strains—Diablo Ice, Pancake Ice, and Pink Moon—all named after weather systems; just like the ones in Pineapple Express.

Houseplant has even made vinyls with a mix of different songs depending on the strain:

This is our Pancake Ice sativa. (All our strains are named after weather systems like we did with Pineapple Express). Our Pancake Ice is what I smoke all day. It’s over 33% THC. pic.twitter.com/buLcuLwZgg

On a more serious note, Houseplant also has a mission that is committed to undoing several decades of cannabis criminalization. In a statement released by Rogen (via Mashable), he says the company has a “commitment to changing the unjust and racist cannabis laws that still exist in today’s society.” Rogen also adds, “We understand our responsibility to help right those wrongs and are dedicated to creating a more diverse, equitable cannabis industry.”

Despite the ‘stoner’ image being branded as lazy and unproductive, Rogen has been anything but. Besides his acting career, Rogen has been producing hit after hit with shows like The Boys and Preacher. The fact that he actually launched his own marijuana company paints him in a very interesting light, and urges audiences to take weed (or at least the issues surrounding it) a little more seriously.