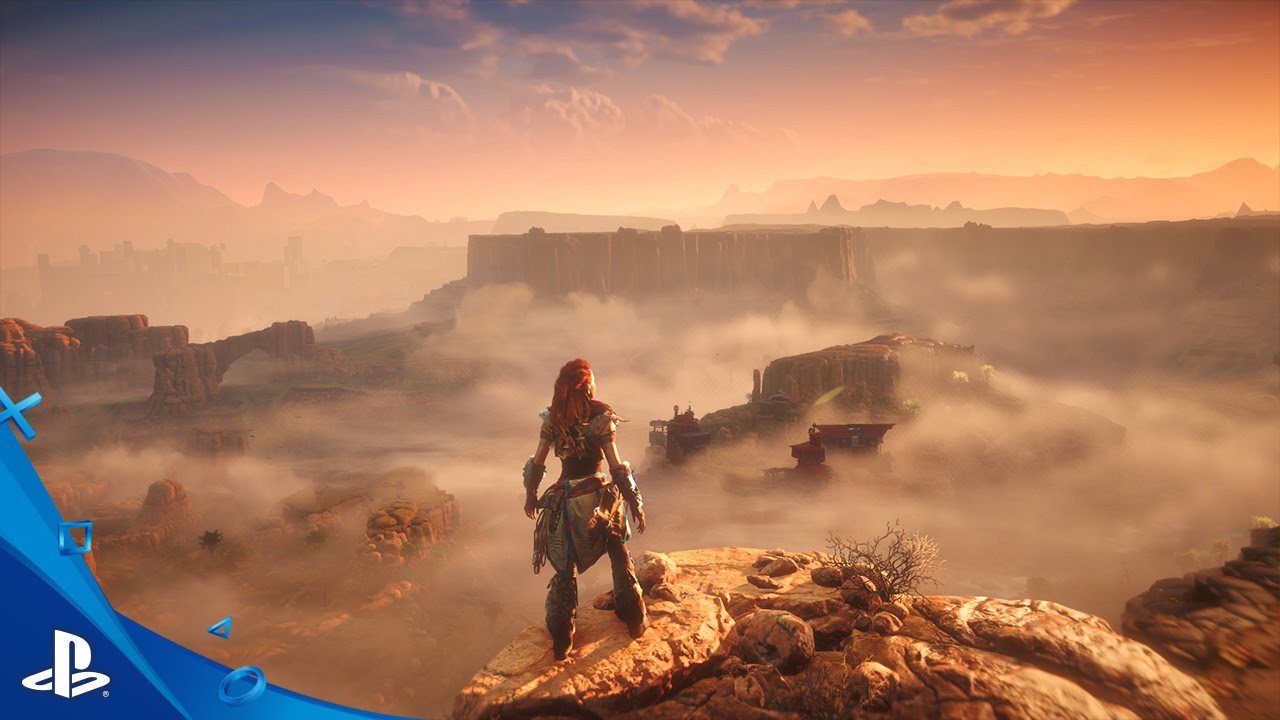 Horizon Zero Dawn has been on the list of most anticipated games since it was first announced at E3 in 2015. The game showcases a hunter named Aloy, a woman born into a world where humanity has returned to its tribal roots. The only sign of a technologically advanced past are the animal-like machines roaming the world. Aloy sets out on a journey to discover her past and exactly how humanity arrived at its current state from what appears to have been a high-tech past.

The most recent story trailer shows Aloy engaged in fierce battles with massive beasts while crossing numerous sprawling terrains, suggesting the world of Horizon might be rather expansive.

Recently, an (alleged) map leaked on NeoGaf, which shows exactly how expansive Aloy’s world might actually be. It may be too soon to start making Skyrim scale comparisons, but from the looks of things, if the map turns out to be legitimate, players can expect a truly open world experience. 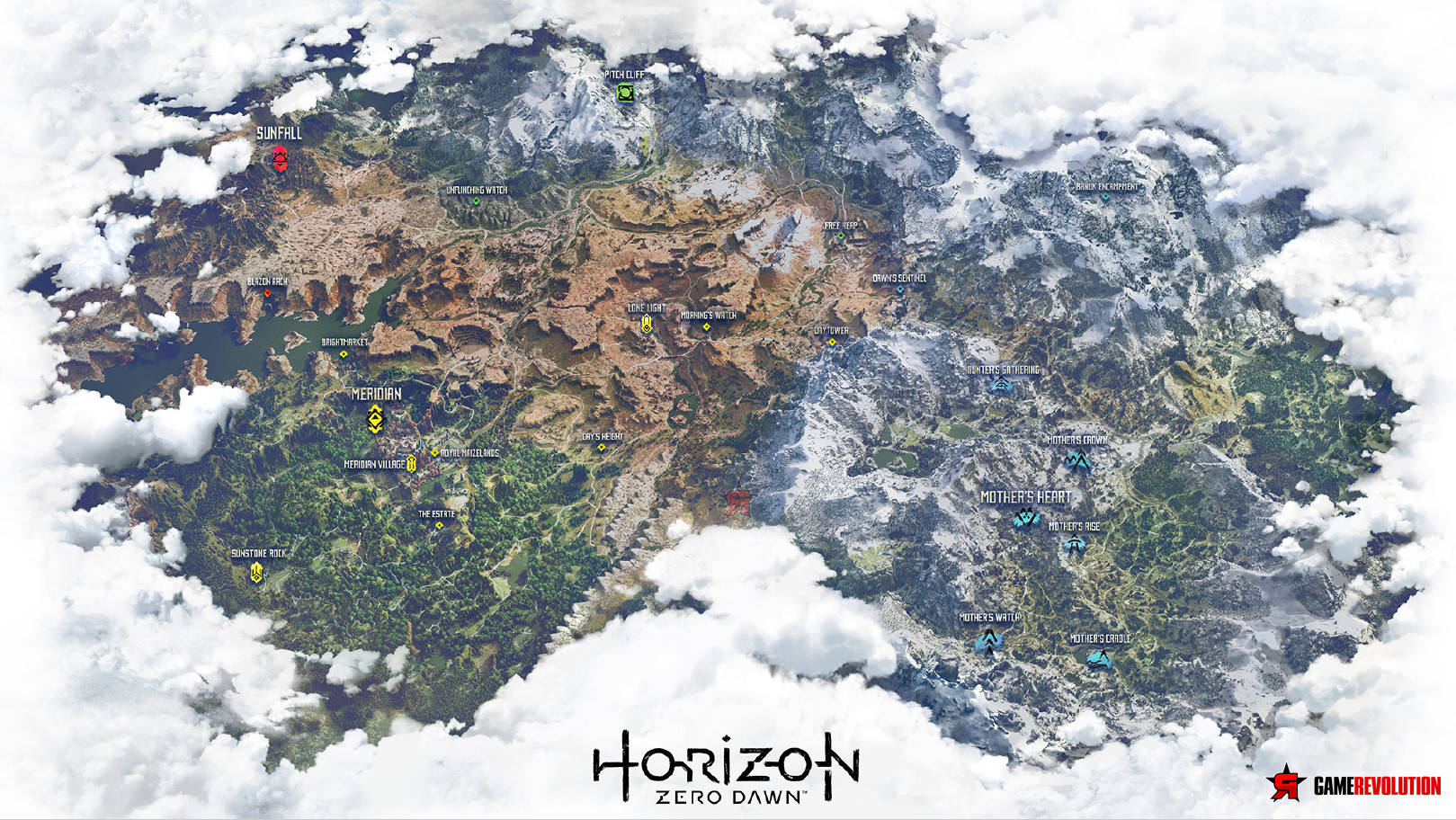 If you visit NeoGaf to view the full-sized image, you can see the land appears to be divided into at least three major sections or major centers of civilization based on large markers: Meridian, Sunfall and Mother’s Heart. We know several different tribes occupy the world of Horizon, so this may indicate tribes are largely broken up by landscape and location. Interestingly, this suggests each tribe might have its own set of special skills based on survival in their unique environments. The only tribe we know of by name is the Nora tribe, one that is highly skeptical of the ancient technology that brought the robotic creatures to life.

Of course, it is hard to blame them in a world where things like this are freely running amok:

The PS4 exclusive, Horizon: Zero Dawn, is scheduled to release on February 28.