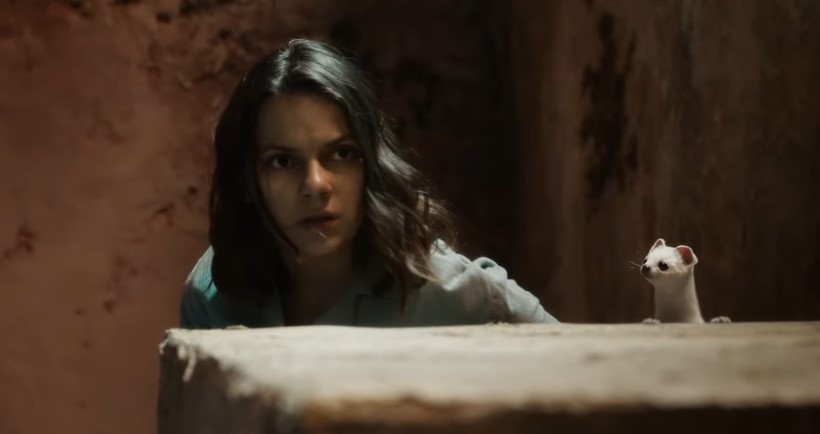 While the first season wasn’t perfect, HBO’s His Dark Materials was a lot more faithful to Philip Pullman’s book series, and we’re getting the second season sometime this fall. With [email protected] currently ongoing, we have a new trailer for upcoming season which will follow the second novel in the series—The Subtle Knife.

His Dark Materials stars Dafne Keen, James McAvoy, Ruth Wilson and Lin-Manuel Miranda. Adapting Philip Pullman’s award-winning trilogy of the same name, which is considered a modern masterpiece of imaginative fiction, the first season follows Lyra, a seemingly ordinary but brave young woman from another world. Her search for a kidnapped friend uncovers a sinister plot involving stolen children, and becomes a quest to understand a mysterious phenomenon called Dust. As she journeys through the worlds, including our own, Lyra meets Will, a determined and courageous boy. Together, they encounter extraordinary beings and dangerous secrets, with the fate of both the living — and the dead — in their hands.

As prophesied, Lyra actually gets to meet Will at this point. We don’t know yet how they will come to meet, but it’s going to be interesting to see how their fates are tied together. Besides that, we get to see more of Lin-Manuel Miranda’s Lee Scoresby; hopefully this time he’ll stick to one accent.

One face we also get to see is Andrew Scott’s Colonel John Parry. While he’s been heavily teased in the first season, we finally get to meet him in the flesh here. What’s also interesting is that Parry’s daemon is actually going to be voiced by his Fleabag co-star Phoebe Waller-Bridge.

We don’t have a specific release date for His Dark Materials 2 yet, but we should expect it to hit HBO sometime in the fall.