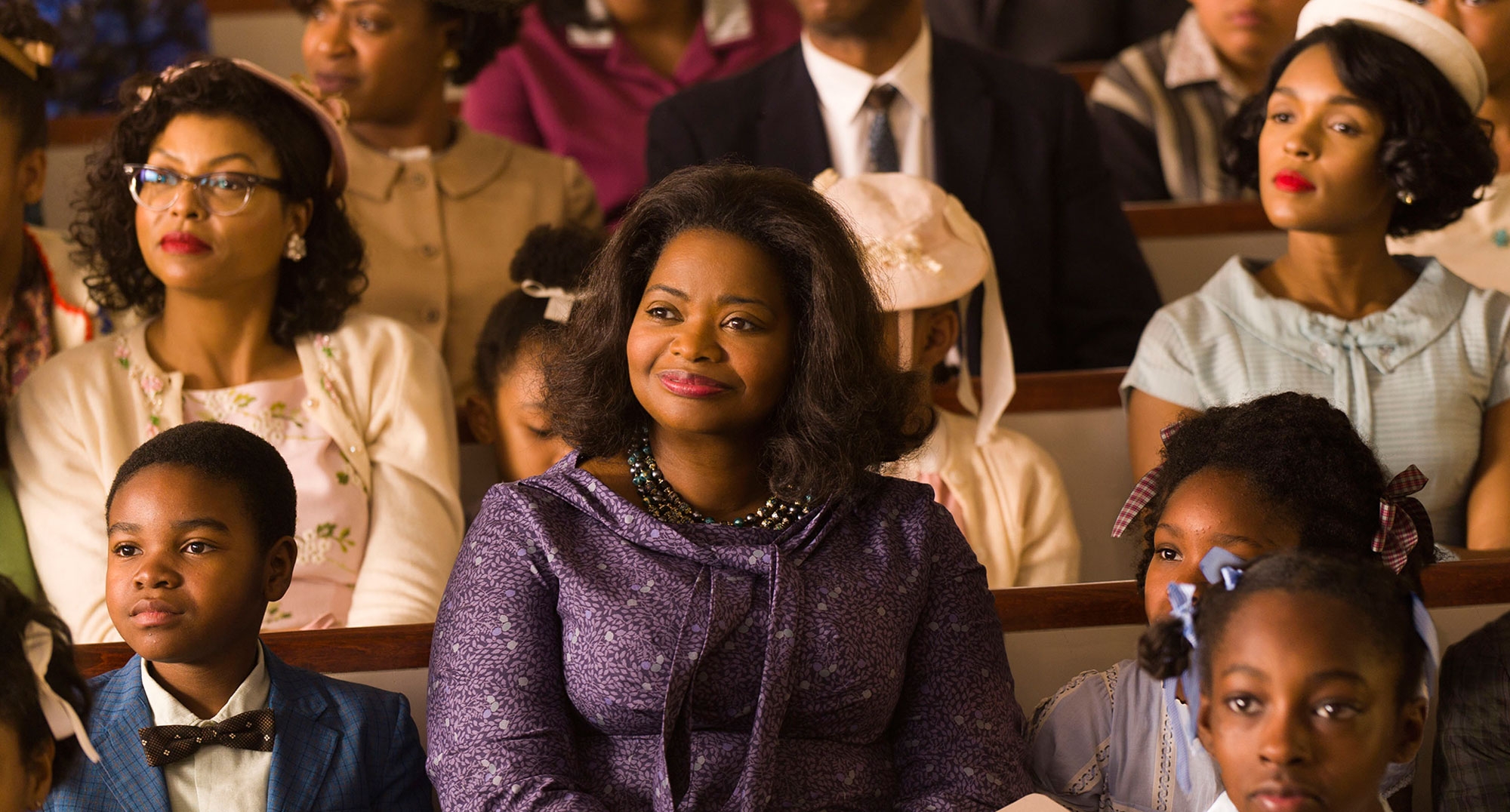 Sunday estimates gave the impression that Rogue One: A Star Wars Story would retain the number one spot at the box office for a fourth straight weekend, something The Force Awakens was unable to do a year ago.  However, Hidden Figures proved to be an upset for Disney and Lucasfilm.

Hidden Figures, the well-reviewed drama from Fox, rode a wave of “among the year’s best” buzz that translated into a fantastic wide debut after 12 days of limited release.  Besting the Star Wars prequel by a marginal $800k this weekend, the period drama earned $22.8 million for a sizable $9,227 average – by far the highest in the top 19 films on the chart.  Blowing right over my conservative $14m prediction, the film has $25.7m in total so far.

Figures tells the true story of three African-American women that were vital to the early success of NASA’s lunar missions.  Oscar winners Octavia Spencer, Kevin Costner, and fellow nominee Taraji P. Henson star in the film along with Jim Parsons and Kirsten Dunst.   Hidden Figures also struck a chord with audiences, earning the coveted A+ Cinemascore.  This bodes well for the movie’s future prospects as Oscar nominations will be announced soon.

Settling for a second place finish in its fourth weekend, Rogue One dropped over 55% to $22 million.  With $477m in total domestic receipts, the prequel/spinoff will become 2016’s highest grossing film by this coming weekend.  The film also opened in China to a somewhat disappointing $30m, a drop from The Force Awakens‘ $52m.  The global blockbuster still passed $900m this weekend and has a shot yet at crossing the $1 billion mark.  With its China debut, Rogue One now gives Disney the top five highest grossing films of 2016 worldwide.  Needless to say, the studio has enjoyed a great year.

Universal‘s animated Sing continues to impress.  The holiday hit fell nearly 52% to bag another $20.7 million for a mammoth $214m total with more still to come. The $75m-budgeted toon has bumped its worldwide haul to $358m so far.

ScreenGems found a lackluster debut of $13.6 million for Underworld: Blood Wars, the fifth installment in the 14-year franchise, and the fourth to feature star Kate Beckinsale.  The action-horror-sequel had the lowest opening weekend of the series by far, falling well below the $20m debut of the 2009 prequel Rise of the Lycans.  The budget for this entry sits at a mild $35 million, a major cutback from some of the previous sequels which could help Blood Wars find profitability and keep the franchise going.  While critics didn’t find much to like, audiences award the film a promising B+ Cinemascore.

Golden Globe darling La La Land left the awards ceremony last night with seven wins, including Best Picture, Actor, Actress (Comedy/Musical), Director, and Screenplay.  The film added 765 theaters this weekend and rose 6% from last weekend for another $10.1 million and a solid fifth place finish.  With so much buzz surrounding the hit musical, expect it stick around for quite some time.  The Ryan Gosling-Emma Stone starrer has $51.7m domestically so far and $86m worldwide.

Finally of note this weekend, A Monster Calls entered wide release for a very disappointing expansion gross of just over $2 million in 1,523 theaters for a mild $1,366 average and a 12th place finish.  The fantasy drama has earned great reviews and audiences that did see the film awarded it an A Cinemascore.  Unfortunately the interest just isn’t there.  If the Focus Features release can garner some Oscar nominations, especially a Best Picture nod, there may be some hope left for the $43m-budgeted film.

The pool is vast next weekend as six new films enter semi-wide to full-on wide release.  Take a deep breath!  Peter Berg’s terriorst attack drama Patriots Day and Ben Affleck’s gangster picture Live by Night expand from limited release.  The Jamie Foxx revenge-actioner Sleepless will counter both.  Horror-thriller The Bye Bye Man will target thrill-seekers.  Monster Trucks will look to steal some of Sing‘s audience.  And finally, Martin Scorsese’s Silence will expand to over 700 theaters.  Expect a wide array of numbers next weekend and maybe even some titles cannibalizing themselves.