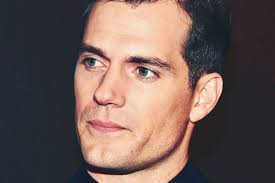 Henry Cavill has been in the industry for almost two decades. The British actor, who debuted in the movie Laguna in 2001, shot into the spotlight when he took on the iconic role of Superman in 2013’s Man of Steel. Since then, Cavill has been nominated for several awards. He’s even been named the World’s Sexiest Man by Glamour magazine in the same year Man of Steel was released.

Cavill has stayed in the news cycle over the last few years. Unfortunately, the actors recent comments about the #MeToo movement has casted him in the wrong side of the limelight.

In an interview with GQ Magazine, Henry Cavill was asked about how he felt about #MeToo. The actor explains that having been in the industry he knows that change should happen. Nevertheless, he think that the movement has meddled with traditional things, like men persuing women, that he enjoys:

“Stuff has to change, absolutely. It’s important to also retain the good things, which were a quality of the past, and get rid of the bad things. There’s something wonderful about a man chasing a woman. There’s a traditional approach to that, which is nice. I think a woman should be wooed and chased, but maybe I’m old-fashioned for thinking that.”

He continues to explain that the climate nowadays has made it difficult to flirt and meet new people. There is a chance that if a man flirts, he would be branded as a rapist:

“It’s very difficult to do that if there are certain rules in place. Because then it’s like: ‘Well, I don’t want to go up and talk to her, because I’m going to be called a rapist or something’. So you’re like, ‘Forget it, I’m going to call an ex-girlfriend instead, and then just go back to a relationship, which never really worked. But it’s way safer than casting myself into the fires of hell, because I’m someone in the public eye, and if I go and flirt with someone, then who knows what’s going to happen?”

These comments have been met with extreme backlash especially on Twitter. Cavill has since apologized about his statements. In the official statement, the actor clarifies that his comments were misconstrued. It was all a misunderstanding:

“Having seen the reaction to an article in particular about my feelings on dating and the #metoo movement, I just wanted to apologize for any confusion and misunderstanding that this may have created. Insensitivity was absolutely not my intention. In light of this I would just like to clarify and confirm to all that I have always and will continue to hold women in the highest of regard, no matter the type of relationship whether it be friendship, professional, or a significant other,”