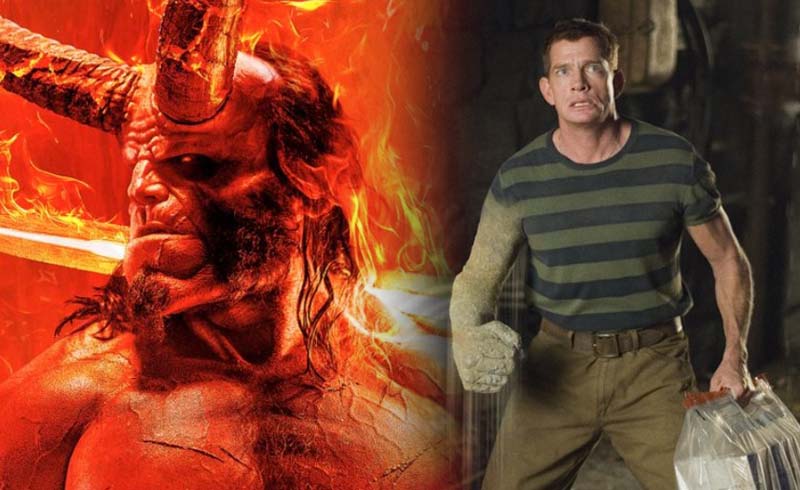 While it looks like we already knew all the members of the cast of the upcoming Hellboy reboot, news has come out that another actor has joined the ranks of the film that had not been previously reported.

As per DiscussingFilm, Spider-Man 3’s Thomas Haden Church has joined the cast of Hellboy as Lobster Johnson. In the comics, the Lobster was a vigilante from the 30s and he had a penchant for violence; what’s more he and his gang burned his lobster logo on the forehead of any of their victims.

The Lobster eventually ended up working for the government and was dispatched to deal with paranormal threats as well. I’m guessing the film is going to have him as one of the older agents of the BPRD, and he’s going to be the one to reveal the origin of the Blood Queen in the beginning of the film.

Then again, this is all just my guess. For now, we don’t know how heavily involved Church is going to be in this movie. We do know that Milla Jovovich’s Blood Queen is considered to be the main villain of the film.

With an April release date, I’m guessing we’re going to get our first teaser for Hellboy coming out before the year ends. The Avengers 4 trailer is expected to land in November, but I would expect that the Hellboy reboot would want to release before or after that as to not be lost in the buzz of a bigger film. My guess is that the trailer either comes out early this month, or later after the A4 trailer comes out.