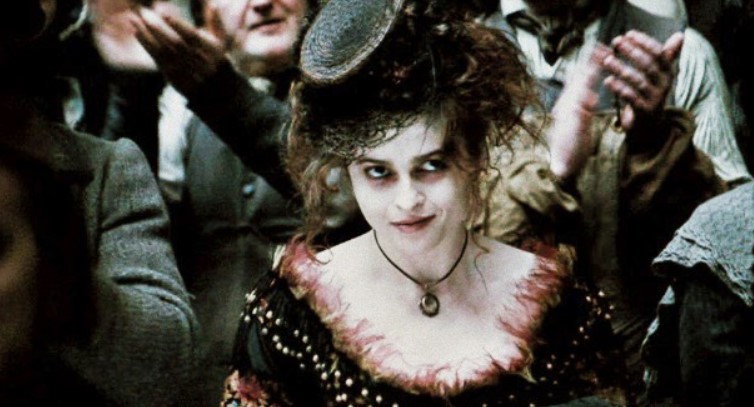 Christoph Waltz was unable to wow audiences with his Blofeld in the last Bond movie. Now, rumor has it that Bond 25 is now looking to cast a woman as the primary antagonist this time.

According to The Mirror, director Danny Boyle’s top choice for the villain is Helena Bonham Carter, probably best known for being “that goth chick who works with Johnny Depp in Tim Burton movies”. Carter is also famous for playing Bellatrix Lestrange in the Harry Potter movies.

The studio’s top choice to take the role is said to be Angelina Jolie. However, the rumor says that Boyle’s personal favorite for the role is Carter. Then again, these are all just rumors. Fans should all just take it with  a grain of salt for now.

Personally, I would love to see Carter take on a main villain role—in a Bond movie no less. What’s interesting is, if she does land the role for this movie, she would be going against one of her HP co-stars Ralph Fiennes. Fiennes plays the role of M in the Bond franchise now, but he also played Lord Voldemort in the Harry Potter films.

So far, the studio hasn’t made an official announcement. However, a woman taking on the role of primary antagonist for James Bond could be a fantastic change of pace that the franchise needs.