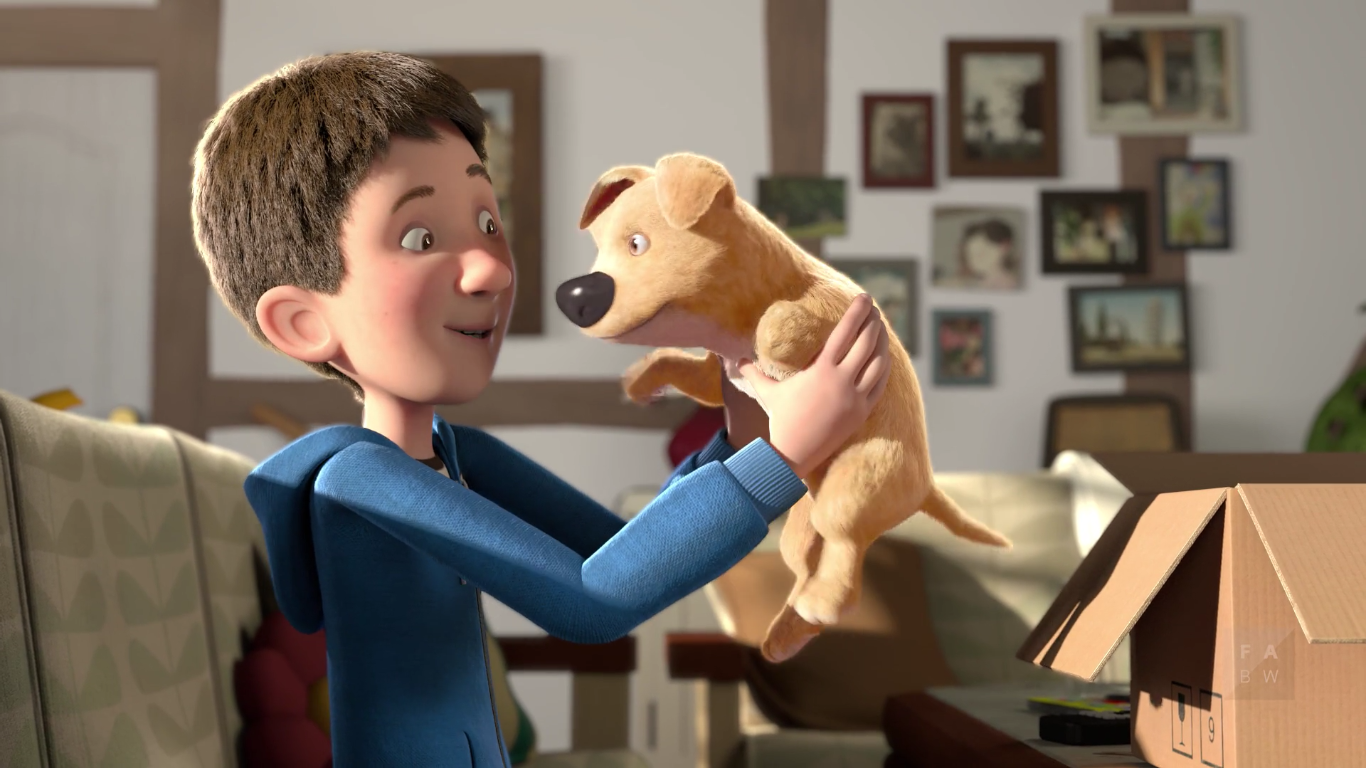 Those who want to get into filmmaking will know that the best approach is to just create movies, submit them into festivals and hope against hope that they get noticed. Animation is a particularly competitive field, but German animators Jacob Frey and Markus Kranzler were able to impress so much with their short film The Present that not only did they win almost 60 awards at film festivals, they also landed jobs with Walt Disney Animation and Pixar Animation.

Jacob Frey directed and wrote the film, with friend Markus Kranzler providing the lighting and shading effects. The duo also had the help of other students from the Institute of Animation, Visual Effects and Digital Postproduction at the Filmakademie Baden-Wuerttemberg in Ludwigsburg, Germany. The film tells the story of a young boy who gets a puppy as a present from his mother. It’s a charming, well-animated short that has a wonderful twist at the end to make it stand out amongst the countless other “Boy and his dog” movies.

The Present short-film is based off a short comic strip by Fabio Koala, which can be viewed below:

Not only has The Present achieved great success in the festival circuit, according to Jacob’s IMDB page, the short landed him an Animation Apprentice position on Walt Disney Animation’s Zootopia. In keeping with the spirit of The Present, he’s working as an animator on Illumination Entertainment’s The Secret Life of Pets, releasing this summer. Additionally, Markus Kranzler, while also having worked on lighting and rendering for blockbusters like Iron Man 3, Man of Steel and Skyfall, was brought on as a “volumetric clouds artist” for Disney Pixar’s The Good Dinosaur.

It’s a great success story for both Jacob and Markus and it goes to show that the key to success in this industry is not just talent, but also co-operation and perseverance.