Ever since the trailer was dropped at SDCC 2019, everyone has been curious about when HBO was going to release Damon Lindelof’s Watchmen series. While some rumors were going around about a November release, HBO has officially announced that the series will actually air sometime next month.

We don’t have a lot of new details for the show, but I kind of prefer it this way. If anything, the Watchmen PR team could end up spoiling the show in an attempt to keep everyone interested.

If you’re curious, HBO’s Watchmen is not an adaptation of the Alan Moore comic, but rather a continuation of the story. In the show, we get to live in the present day of the “utopia” that Ozymandias has built after his mass genocide in the comics; meaning that the fake giant squid alien definitely happened back in the 80s.

We already know that original Watchmen member Adrian Veidt will be present, and the last trailer also gave us a Dr. Manhattan reveal. What some people don’t know though, is that agent Laurie Blake is actually Laurie Jupiter a.k.a. Silk Spectre; I’m suspecting that she changes her name in order to live a normal life (Blake is the surname of the Comedian a.k.a. Eddie Blake). A character we haven’t got an update on is Dan Dreiberg a.k.a. Nite Owl, but the trailer does feature his Owlship being used.

With October only a month away, I would suspect that HBO is done releasing Watchmen trailers, but then again, it’s likely we could get one final preview as the release date nears.

The series takes place in an alternate contemporary reality in the United States, in which superheroes and masked vigilantes were outlawed due to their violent methods, but some of them gather around to start a revolution while others attempt to stop it.

Catch Watchmen on HBO when it comes out Oct. 20.

News
Benioff and Weiss’ Confederate Turned Down by HBO 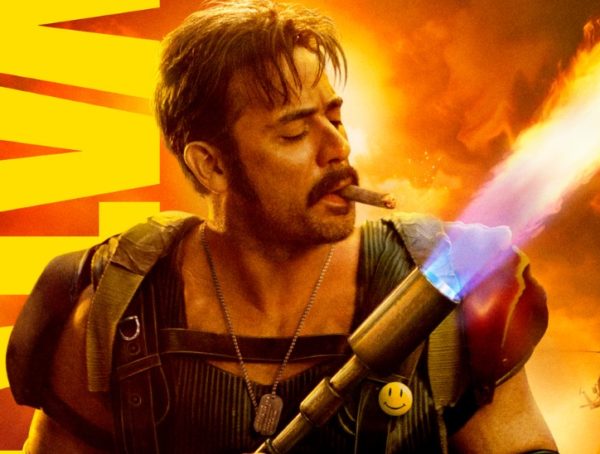 News
Watchmen: Jeffrey Dean Morgan is Teasing a ‘Masked Comeback’ in 2020 with his Old Comedian Mask

News
Obama Lists Watchmen as One of His Top TV Shows of 2019
© Copyright GeekFeed.com 2018 Stuff Your Geek Hole!