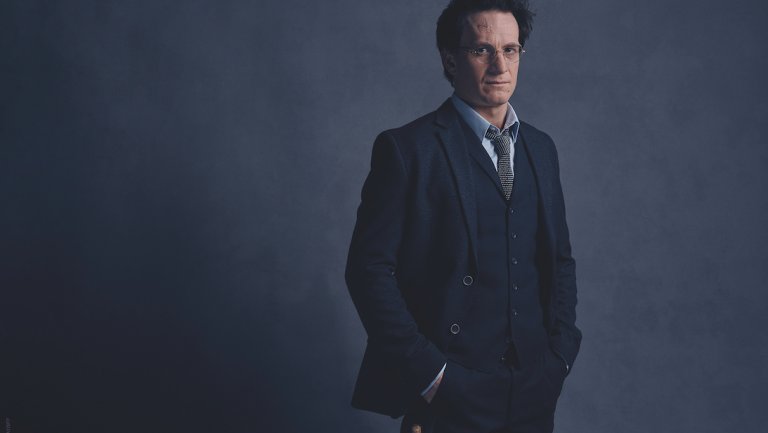 This is an amazing year for Harry Potter fans. Since the book and film series ended, Potterheads have been starved for new material, but this year will give us both a movie prequel and a stage play sequel. Clearly Potterverse follow-ups are like buses – you wait forever for one and then two come along at the same time.

We’ve already seen a magical trailer for Fantastic Beasts And Where To Find Them, and now we’ve got a glimpse of the new versions of familiar characters that will feature in Harry Potter And The Cursed Child. Have a look at the images below.

The first image features Jamie Parker as a middle-aged Harry Potter. The second image is Poppy Miller as Ginny Potter (nee Weasley) and the third pictures Sam Clemmett as Harry and Ginny’s youngest son, Albus Severus. The fourth features the happy family together.

Here’s the official synopsis for the play.

It was always difficult being Harry Potter and it isn’t much easier now that he is an overworked employee of the Ministry of Magic, a husband, and father of three school-age children.

While Harry grapples with a past that refuses to stay where it belongs, his youngest son Albus must struggle with the weight of a family legacy he never wanted. As past and present fuse ominously, both father and son learn the uncomfortable truth: sometimes, darkness comes from unexpected places.

Split into two parts (a matinee and evening showing), The Cursed Child will open at the Palace Theatre in London on 30th July 2016. It is based on a story by JK Rowling, Jack Thorne and John Tiffany, with the script written by Thorne. For those who won’t be able to see the play (in other words: most of the world), the script will be published the day after the play opens. You can find out more information on the play here.